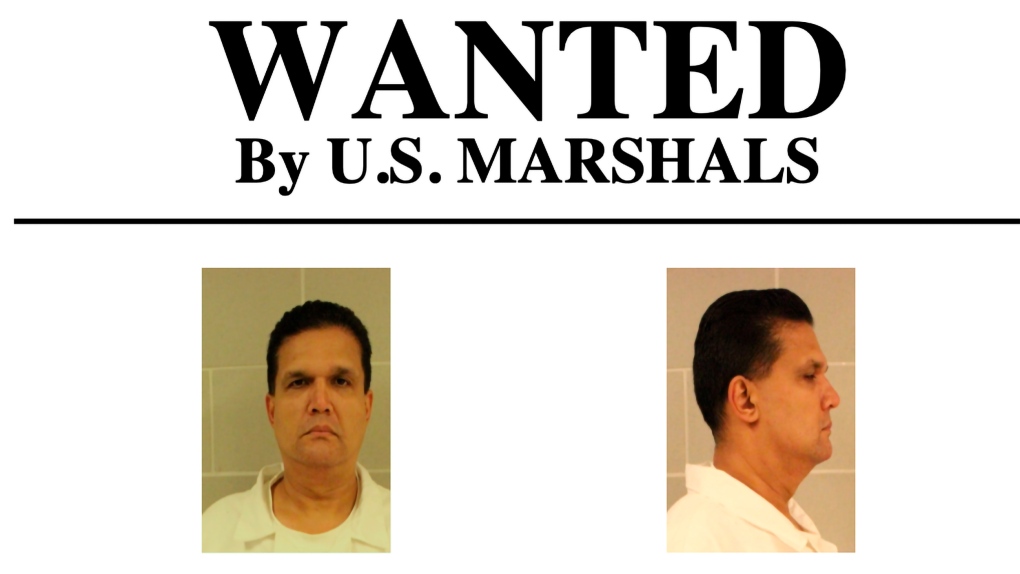 
Since escaping two weeks ago, officials say the fugitive Malaysian defence contractor nicknamed “Fat Leonard” — who orchestrated one of the U.S. Navy’s largest bribery scandals — zipped between countries to find a place where he could become virtually untouchable for American authorities.


After cutting off an ankle monitor and slipping away from house arrest in San Diego on Sept. 4, U.S. and Venezuelan officials say Leonard Glenn Francis went across the border into Mexico, then travelled to Cuba and Venezuela, where he was arrested Tuesday at Simon Bolivar International Airport outside Caracas.


Francis was planning to travel to Russia, according to Interpol Venezuela Director General Carlos Garate Rondon, who disclosed the arrest in a statement posted Wednesday on Instagram. He said Francis would be handed over to the country’s judicial authorities to begin extradition proceedings.


Greg Rinckey, a former U.S. army lawyer who is now in private practice, said he believes Francis was “trying to play the angle of using some countries to get outside the jurisdiction of the U.S. Marshals Service.”


“It looks like they caught him just in time,” Rinckey said. “If he made it to Russia, I don’t believe the Russians would have turned him over to us.”


And while Venezuela and the United States have an extradition agreement, the U.S. government could face an uphill challenge returning the fugitive to American soil. The Biden administration doesn’t officially recognize President Nicolas Maduro’s socialist government, has no embassy in Venezuela and has imposed crushing sanctions on the country that have further embittered relations. Law enforcement co-operation between the two countries is rare.


There was no immediate word on when Francis might be extradited to the U.S.


The arrest came on the eve of his scheduled sentencing in a federal court in California for a bribery scheme that lasted years.


Francis pleaded guilty in 2015 and had been allowed to remain in home confinement to receive medical care while he co-operated with the prosecution. With his help, prosecutors secured convictions of 33 of 34 defendants, including more than two dozen U.S. navy officers.


The towering man with a wide girth and gregarious personality wielded incredible influence as a main point of contact for U.S. navy ships at ports across Asia. His family’s ship servicing business, Singapore-based Glenn Defense Marine Asia Ltd. or GDMA, supplied food, water and fuel to vessels for decades. He plied officers with Kobe beef, expensive cigars, concert tickets and wild sex parties at luxury hotels from Thailand to the Philippines. In exchange, commanders passed him classified information and steered their ships, mostly from the Navy’s 7th Fleet, to ports he controlled so he could cover up as much as US$35 million in fake charges.


Among those he befriended was a Russian diplomat, Francis told podcaster Tom Wright, who created a nine-part series on the case. In an episode posted last October, Francis said he lived only a “stone’s throw” from the Russian Embassy in Singapore, and the Russian diplomat would stop by his home uninvited to drop off vodka and other gifts.


It’s unknown if Francis turned to his Russian friends for help while on the lam.


A law enforcement official familiar with the case told The Associated Press that authorities tracked down Francis using a cellphone number they were provided. The official, who spoke on condition of anonymity because they were not authorized to discuss the case publicly, said Francis was located Tuesday in a Caracas neighbourhood.


Venezuelan authorities deployed a team of officers at the airport after a cab driver tipped them off that Francis was leaving a hotel and headed there.


The official said Francis intended to board a plane to the Venezuelan Caribbean Island of Margarita, which Venezuela wants to turn into a popular destination for Russian tourists because of its pristine beaches accessible by ferry or flights from the mainland. The government said last month it plans to offer five flights a week between Margarita and Moscow starting Oct. 1. Signs in Russian can already be seen at the island.


It’s unclear if Francis had contacts in Russia offering to help, and if he did, what they wanted in return. Francis bragged about still holding compromising photos and videos of navy officials.


“What really worried the United States the most was these officers being corrupted by me, that they would be corruptible by the foreign powers,” Francis said in one of the podcast’s episodes.


His sentencing hearing was still held Thursday to deal with the changing situation. When he returns, Francis will need new attorneys. His defence attorney, Devin Burstein, told the judge he plans to file a motion severing their ties due to an “irreparable breakdown in the attorney-client relationship.”


And when he does return, prosecutors indicated Francis will face an even longer sentence, asking the court to note his failure to appear at his sentencing hearing as ordered. That could add five years to his potential sentence of 25 years if he is ultimately charged for not showing up.


U.S. District Court Judge Janis Sammartino set a Dec. 14 status hearing for Francis with the caveat that all parties could meet sooner depending on how events unfold.


“This turn of events raises several issues, and obviously will have an impact on other cases,” she said.


Sentencing hearings are scheduled in October for four navy officers who went to trial and were convicted in the case.

Trump fraud lawsuit goes to judge who held him in contempt