For one N.S. intensive care doctor, Omicron is a feeling of ‘continuous, unrelenting pressure’ 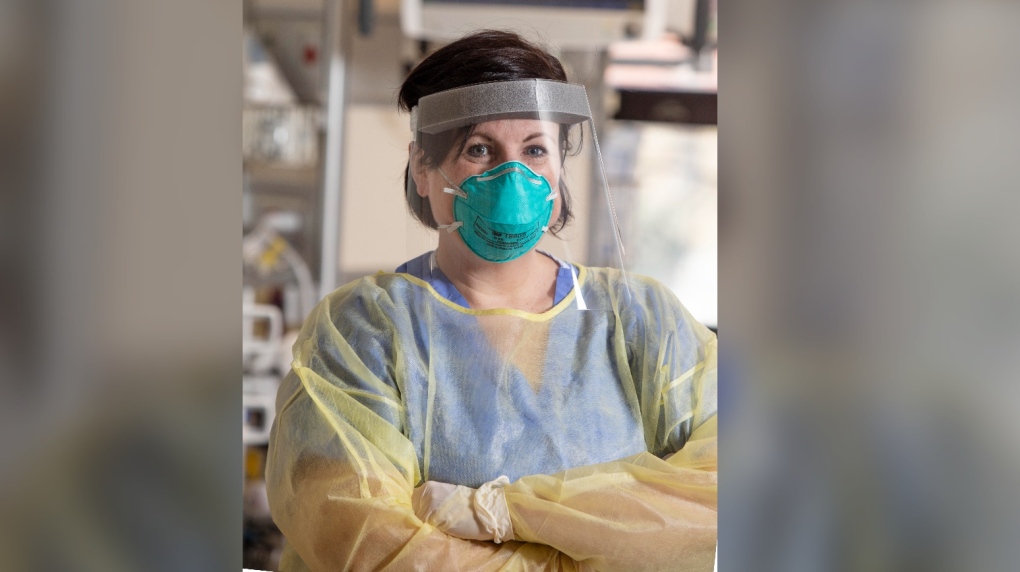 
For intensive care doctor Sarah McMullen, the Omicron wave of COVID-19 seems like a twisting, turning carnival ride, leaving her wondering when she’ll get to step off.


“Right now, what it feels like is similar to when you go to the exhibition and you get on the Scrambler: it feels like continuous, unrelenting pressures from all directions,” the physician at Halifax’s Queen Elizabeth II Health Sciences Centre said in an interview Wednesday.


The stress on the health system from the Omicron variant of the novel coronavirus is radically different compared with the other four waves since March 2020, McMullen said. For one thing, there are only a handful of COVID-19 patients in her unit — the largest intensive care centre in Atlantic Canada. Earlier waves saw pandemic patients take up many of the beds, she said.


But despite causing fewer hospitalizations, the Omicron wave is combined with shortages of staff off sick with COVID-19 or isolating after being exposed to the virus — and a high flow of other gravely ill patients to her ward.


The 46-year-old doctor estimated Wednesday that “two or three” of the 18 beds in her units were occupied with people who contracted the Omicron mutation of the virus. Across the province, there were seven intensive care patients with COVID-19, less than half the peak of May 18, 2021, when a pandemic high of 25 people were in intensive care with the virus.


In addition, McMullen said COVID-19 patients who are vaccinated often spend just days in the unit, rather than weeks in earlier waves.


According to figures from Nova Scotia Health, about 97 per cent of the 106 available intensive care beds in the province are occupied. The government says the health system has the capacity to add further beds — known as “surge” capacity — if an overflow occurs.


Meanwhile, McMullen says two years of pandemic waves have taken a toll on staff, resulting in some leaving the critical care units, and, for those who remain, a deepening sense of exhaustion.


Intensive care units are tightly tied into the rest of the hospital system, and shortages of staff in one area cascade through the units — creating logjams in patient flow from the ICU to other parts of the hospital, she said.


With about 600 staff off sick or self isolating across the province, and high patient volumes for illnesses other than COVID-19, the pressure to find beds and treatment for patients is “just soaring,” McMullen said.


Brian Buchanan, a critical care physician at the University of Alberta Hospital, says the situation is similar in many parts of Canada.


He says when staff are off in services ranging from paramedics to rehabilitation clinics, it carries over into critical care units. “It’s like a supply chain … along each milestone of care there is potential to block progress,” he said in an interview on Thursday.


“The accumulation of medical problems, including cancer care, that were pushed aside for months or years, are creating a two-front war,” he said.


Meanwhile, McMullen says the patients with the mostsevere symptoms usually aren’t vaccinated. “It (the illness) seems to be a more significant impact in them ΓÇª folks who are not vaccinated are sicker.”


McMullen adds that the COVID-19 patients she treats who are vaccinated usually are immunocompromised — and have other illnesses the virus is complicating. She said she treats all who arrive in the same way, but she said she finds the anti-vaccination movement disturbing.


Nova Scotia reported on Thursday that there were five new hospital admissions and five discharges, leaving a total of 59 people in hospital who were admitted due to COVID-19 and are receiving specialized care in a designated unit.


In New Brunswick, of the total people hospitalized as of Thursday, 73 per cent are either unvaccinated, partially vaccinated, or it has been more than six months since their second dose.


McMullen said she’s cautiously hopeful that there are signs of hospitalization and infection rates stabilizing.


But in a world of pandemic predictions that seldom pan out exactly as hoped, the doctor is readying herself for the next potential twist of the medical roller-coaster.

Oath Keepers leader and 10 others charged with 'seditious conspiracy' in Jan. 6 riot

‘This Is Us,’ ‘black-ish’ salutes set for Paley TV festival