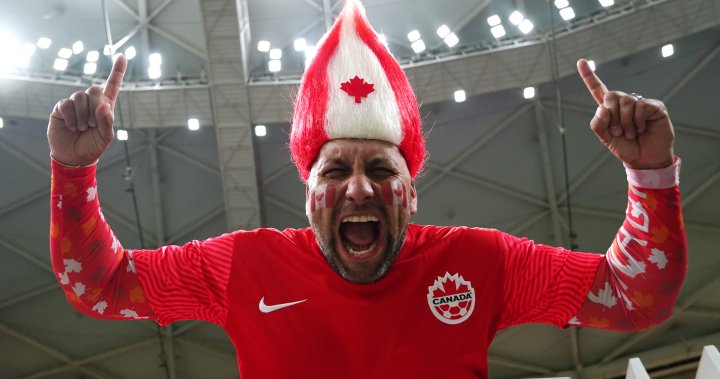 Team Canada on Thursday trailed for much of its final match at the World Cup in Qatar before falling 2-1, leaving Moroccan supporters jubilant and fans of Canada despondent but still full of pride that their team made the tournament for the first time since 1986.

“Canada has a great team and great players, but they seem to be missing a coach. As long as Belgium doesn’t win, that’s all that matters,” he said in reference to the final game between the other members of Group F: Belgium and Croatia.

The crowd erupted in cheers when Morocco scored its first goal four minutes into the game, as ecstatic fans sang the country’s national anthem.

“I’m Moroccan, and I don’t yet have my Canadian citizenship, so I’m supporting Morocco,” said Mehdi Fadriq, 27. “Thus far, I have been very surprised by Canada’s performance because they have a really good team.”

FIFA World Cup: Canada leaves Qatar without a point after 2-1 loss to Morocco

For some fans, deciding between their homeland and their adopted country was difficult.

“I’m supporting Morocco,” said Chab Bllara, 26. “It’s tough to be the last game against Canada. We love this country so much. It is what it is. Sometimes you have to choose.”

Meanwhile, in Newfoundland and Labrador, there were screams of anguish in a St. John’s bar after the ball bounced on the goal line following a header by Atiba Hutchinson — nearly giving Canada its second goal.

Earlier in the match, fans at the Duke of Duckworth cheered as Canada scored.

“It’s in!” Nick Whalen, a former member of Parliament who plays on the local senior men’s team, boomed as Canada knocked the ball past Morocco’s goalkeeper, making the score 2-1.

Whelan’s team often gathers at the bar for after-game drinks.

“A lot of these young players are going to be around when Canada hosts in 2026. And they’ll be even better then.”

More than two dozen people were gathered beneath large television screens in the darkened bar, slowly sipping pints and occasionally shaking their heads.

Sarah Dominic, who has played soccer since she was five years old, was also looking forward to the next World Cup.

“They’re a great team,” Dominic said. “They played an amazing game against Belgium. I think they’ve had some unfortunate results at this tournament, but I do think that we can certainly play at this level and show the world in 2026 how great we are.”

Canada was playing for pride Thursday after the team lost to Croatia on Sunday and was eliminated from the knockout round in its first World Cup appearance since 1986. But Morocco — which is making its sixth appearance at the World Cup — is in a strong position to make it to the knockout stage.

Melanie Bradley, general manager at Brams United Girls Soccer Club in Brampton, Ont., said she was proud of team Canada playing at the World Cup, despite the fact that the team won’t make it to the knockout stage.


“We are really proud, especially here in Brampton, to have seven players that have grown up playing at our fields across the city, competing at this level and representing the country. It is a very proud moment for us,” Bradly said before the game. “I think we are really starting to show the world that we are a soccer nation.”

Some Moroccan-Canadians said they’ll be happy no matter who wins. Abderrahman El Fouladi, 70, who arrived in Canada 31 years ago, said before the game that he will be cheering on both teams surrounded by his Canadian-Moroccan family.

Whatever the outcome, Canada will be represented one way or another as Morocco’s goalie, Yassine Bounou, was born in Montreal and is Canadian-Moroccan, he said in an interview.

Canada and Morocco had faced each other three previous times, with Morocco winning twice and the teams drawing once.

Denial of responsibility! Yours Headline is an automatic aggregator of the all world’s media. In each content, the hyperlink to the primary source is specified. All trademarks belong to their rightful owners, all materials to their authors. If you are the owner of the content and do not want us to publish your materials, please contact us by email – [email protected]. The content will be deleted within 24 hours.
canadaFIFAfifa world cupLittle MaghrebMontreal Moroccan communityMoroccan MontrealersMoroccoQatar
0
Share

5 Benefits Of Listening To Music While Working Out