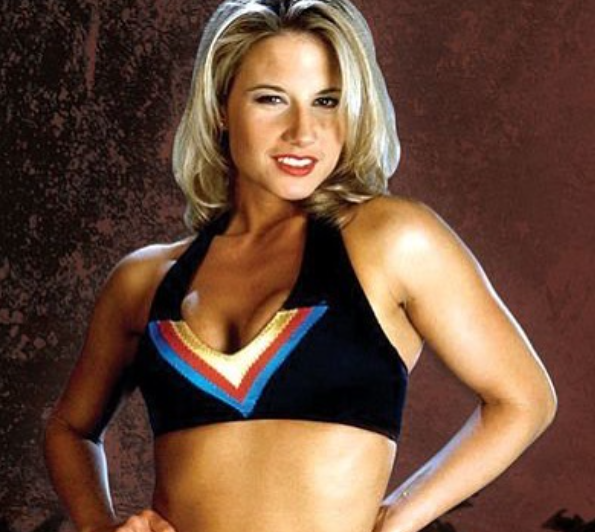 According to cops, Sunny — whose real name is Tammy Sytch — was arrested Thursday night following a domestic dispute. Sunny allegedly raised a pair of scissors in the air and then threatened to kill the man, TMZ reports.

The boyfriend was not injured in the brouhaha.

Police would not say what triggered the incident but officers at the scene alleged Sunny, 49, was under the influence of drugs or booze (and possibly) both at the time. She has been arrested at least six times for drunk driving.

Now, the former top grappler faces a trio of charges, including terroristic threats and possessing a weapon for unlawful purpose.

The years following her 1995-98 glory days have been difficult. In 1996, she was named the most downloaded person on the internet by AOL. She also later appeared in ECW and WCW.

She was inducted into the WWE Hall of Fame in 2011 and is widely considered to be the first diva.

But in recent years, Sunny has become better known for her antics outside the ring. in 2012, she was busted five times in four weeks for a slew of charges. She ended up serving 114 days in a Connecticut prison.

She also had a brief foray into the world of pornography in 2016 when she starred in a Vivid Entertainment release entitled Sunny Side Up: In Through the Backdoor .

In the intervening years, Sunny has had a mish-mash of brushes with the law, including being a fugitive.

The What and Why of Orange Wines

Sephora 4th of July Deals: Get Up to 50% Off Pat McGrath Labs & More