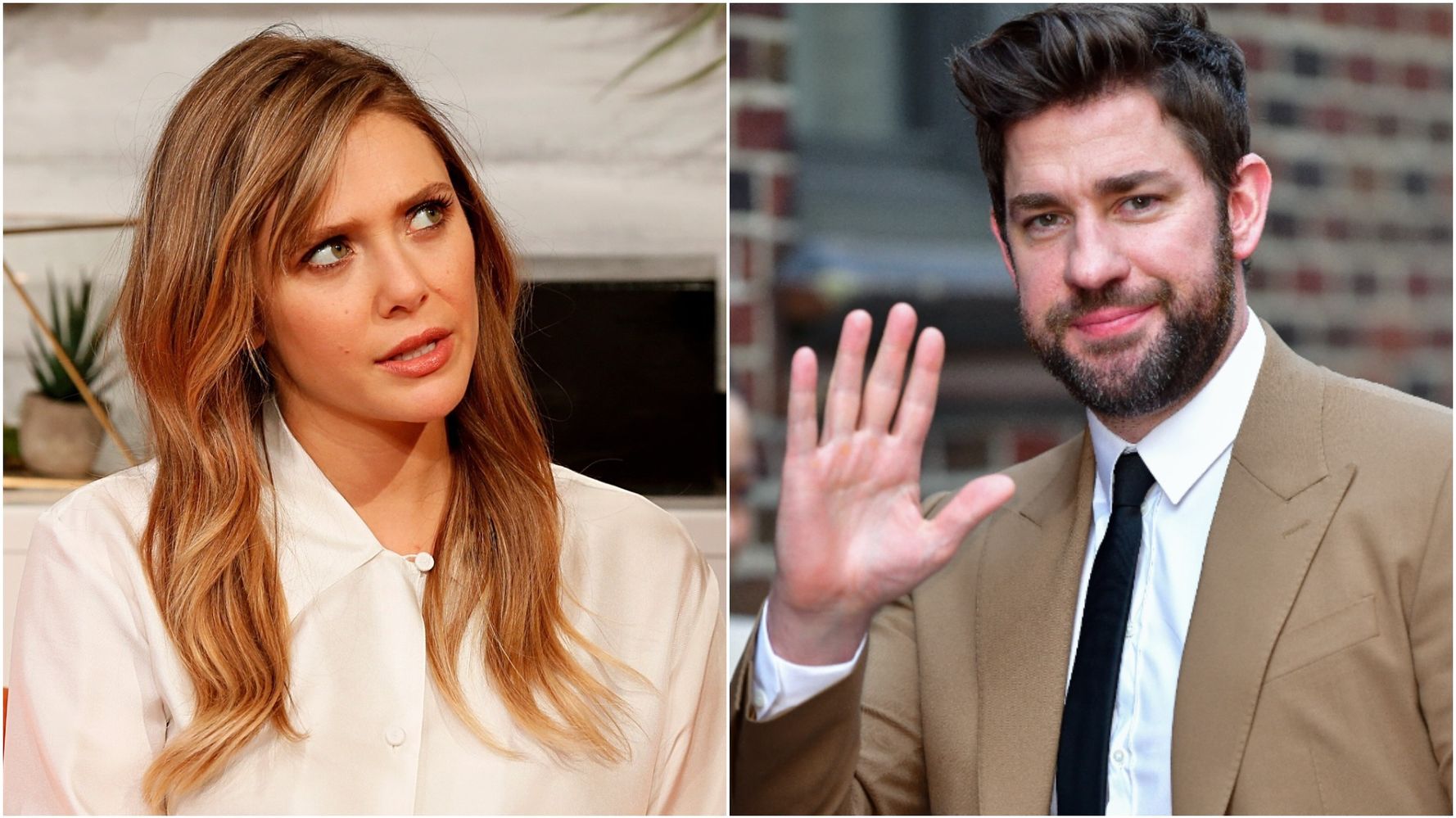 Gwyneth Paltrow’s School of Not Knowing Your Marvel Co-Stars has a new graduate — and her name is Elizabeth Olsen.

The “Avengers” star claimed she has never met John Krasinski … who co-stars with her in the Marvel Cinematic Universe’s latest offering, “Doctor Strange in the Multiverse of Madness.”

The bizarre declaration was made during Vanity Fair’s “Lie Detector Test” video series, in which the magazine hooks up celebrities to the machinery to ask them delightfully silly questions about their lives and careers in very serious voices.

During the video, Olsen is presented with a picture of Krasinski. In the film, he plays Reed Richards, a scientist and inventor better known as Mister Fantastic, who is considered the smartest man on Earth. When Olsen’s questioner asks her if she thinks the man in the photo is indeed “the smartest man alive,” Olsen gives a bonkers response:

“No,” Olsen said with a laugh. “I don’t know him, though, but I would never assume that an actor would be the smartest man alive.”

Vanity Fair’s skeptical interviewer then asks, “You don’t know him at all?”

Olsen furrows her brow and contemplates.

“I don’t think so. No, I’ve never met him,” she concludes after a couple seconds.

When Olsen is reminded that the pair starred in a movie together, Olsen looks imploringly over to the operator of the lie-detector test.

She then calmly repeats: “I’ve never met him.”

The verdict? She’s telling the truth — at least according to the machine.

She does, however, admit to knowing someone Krasinski-adjacent — Emily Blunt.

The Emmy-nominated actor has acted in several Marvel Cinematic Universe properties as Wanda Maximoff/Scarlet Witch — including in her own breakout Disney+ series, “WandaVision.” And we’re not sure if Olsen is just extremely good at her craft, or Marvel’s notoriously secretive filming process is just plain confusing, but she does seem sincere in her claim of not knowing Krasinski.

Or at least as sincere as Paltrow — who has also starred in numerous Marvel properties as Pepper Potts — about not knowing or remembering her co-stars.

Earlier in the Vanity Fair video, Olsen is busted for one lie in which she says she thinks musician Danielle Haim did a good acting job in the 2021 film “Licorice Pizza.”

And although Olsen also said Haim is a “very talented person and has a very cool vibe,” when asked if she thought she was a better actor than Haim, Olsen reacted with a fit of laughter and said:

Denial of responsibility! Yours Headline is an automatic aggregator of the all world’s media. In each content, the hyperlink to the primary source is specified. All trademarks belong to their rightful owners, all materials to their authors. If you are the owner of the content and do not want us to publish your materials, please contact us by email – [email protected]. The content will be deleted within 24 hours.
dr strangeElizabeth OlsenJohn KrasinskiMarvel
0
Share