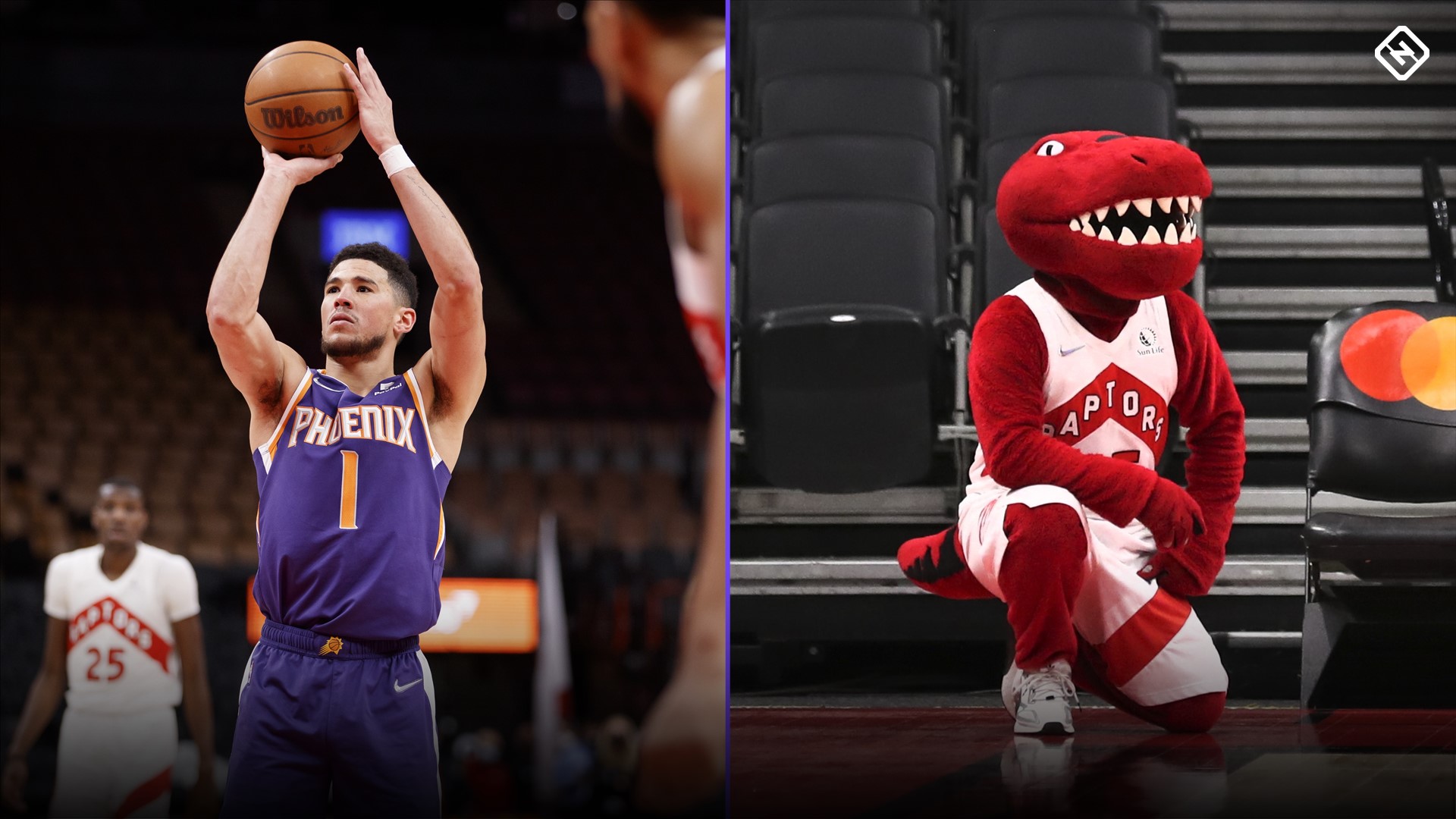 While the Suns earned a 99-95 road win over the Raptors on Tuesday, there was one particular Raptor that Devin Booker took exception to — and he isn’t on the roster.

Per provincial safety guidelines in Ontario, no ticketed fans are permitted to attend Raptors home games. Instead, attendance is limited to 1,000 people, which is largely made up of staff, friends, family and the Raptors mascot, aptly named “The Raptor.”

With the Suns holding a one-point lead late in the game’s final seconds, Booker stepped to the line in hopes of putting the game away.

After rattling in his first free throw, a visibly-frustrated Booker pointed towards the section behind the basket and tells a referee that someone jumped as he shot the ball. Suns forward Jae Crowder also pointed in the same direction, drawing attention to what had just transpired.

While the Suns’ broadcasters (who were not in attendance) incorrectly assumed that it was a ballboy, it turns out that Booker was pointing towards the Raptors’ mascot, who, as the only “fan” in the arena, attempted to distract the 87.1 percent free throw shooter with the game on the line.

In response to the complaints of Booker and Crowder, The Raptor was banished to the corner of the floor, out of Booker’s field of vision.

Booker would rattle home the second free throw to put the Suns up by three points with 6.5 seconds remaining. He explained his actions postgame, saying “I was just trying to get him out the way. It worked.”

“I was just trying to get him out the way. It worked. I’d rather be shooting them w/o him down there. We play shooting games all the time everyday. These two do the same thing and I complain then. That’s just me.” Devin Booker on issue with Raptor waving behind basket on FT #Suns pic.twitter.com/WJ7ZfnZj83

Is there a budding feud? With the Suns earning the win, Booker indicated that the rift between him and the Raptor is water under the bridge, telling reporters “we cool now.”

Rodriguez exchanges gear with Judge, promises to meet in playoffs