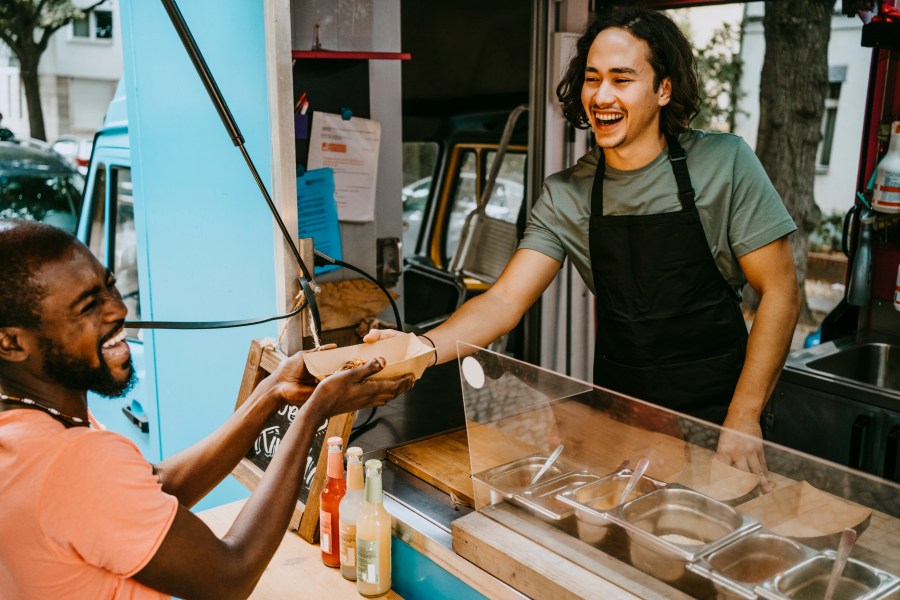 (NewsNation) — The city of Denver is attempting to cut down on crime by banning food trucks from some downtown areas known for their nightlife.

“I honestly don’t understand why they think moving food trucks is going to cut down on crime down there,” Mimi Larsen, manager and co-owner of Leo’s Soft Serve Ice Cream, said on “NewsNation Tonight.”

Downtown is a very popular place for people to go and hang out, she pointed out.

“They don’t come down there for the food trucks,” she said. “The food trucks go there because they know that there’s a lot of people who come out hungry at 2 a.m.”

This food truck decision comes after Denver Police Department officers shot a man who reportedly flashed a gun at them outside in a downtown intersection.

NewsNation local affiliate KDVR reports that food truck owners were told their permits to park at meters and work on Larimer Street, in the LoDo neighborhood, where the shooting happened, were being revoked over “safety concerns.”

Larsen, however, said she had to hear about the ban from local media.

“In Colorado, we have a way of trying to address problems by bringing everyone affected together and trying to sit around a table and work things out,” she said. “That didn’t happen here.”

Food truck operators have a hard enough time as it is, she said.

“We’re just trying to start a business, trying to do something for our family, for our community,” she said.

What happens if nobody claims the Mega Millions jackpot?

In a statement to KDVR, the Denver Police Department acknowledged the disruption relocating food trucks might cause for vendors.

“However, to increase safety for all who visit and work in the LoDo area, including the food truck vendors, DPD believes that having them operate in a different location is a solution to help facilitate people leaving downtown during the out-crowd and to curb large gatherings, during which DPD has seen conflicts and violence,” police said. “This current move is for overall safety in that area.”

Although she acknowledges crime does happen downtown — one of her coworkers was hit in the head while walking out of a sandwich shop — Larsen added that she thinks there are better solutions.

“They increased police presence…which I do appreciate and support,” she said. “There are better cameras that they’re wanting to install, lighting, etc. There are solutions that I think would make a difference. But again, banning food trucks. That’s not one of them. Just talk to us. Help bring the food truck people into the conversation. Don’t shut us out.”

I got a £350 cost of living payment. What happens after that? It’s hardly going to…