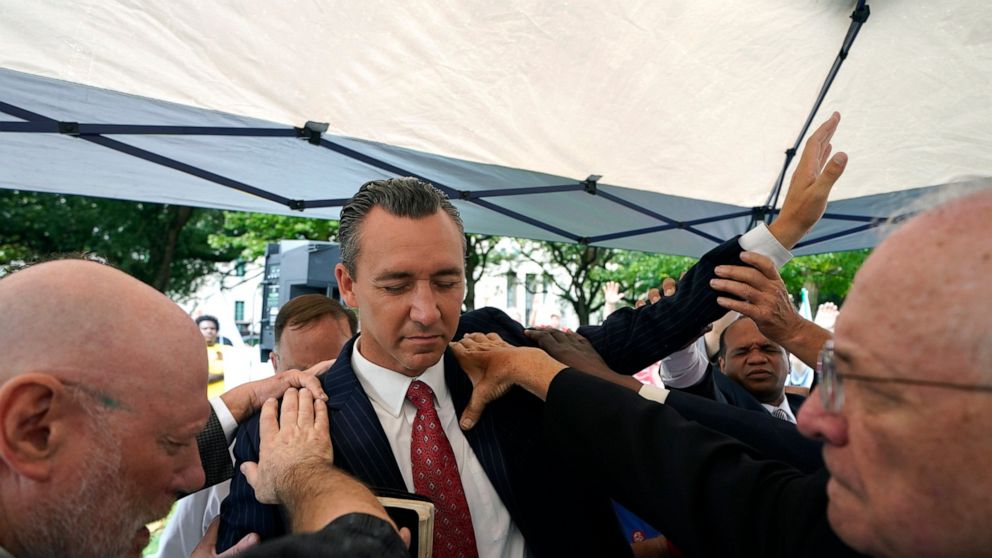 NEW ORLEANS — A Louisiana pastor’s lawsuit over Gov. John Bel Edwards’ past COVID-19 restrictions on public gatherings was rejected for a second time Wednesday by a federal judge.

U.S. District Judge Brian Jackson in Baton Rouge said the lawsuit by Tony Spell seeking an order blocking the restrictions is moot because the restrictions expired long ago. And Jackson rejected Spell’s request for damages from state officials.

Spell garnered national attention in March 2020 when he began to flout the state’s public health order at a time when much of the country was in lockdown over the emergence of COVID-19. Louisiana was being hit especially hard at the time, but hundreds showed up to hear Spell claim that the virus was nothing to be concerned about.

Jackson first rejected the lawsuit in November 2020. The following July, a panel of the 5th U.S. Circuit Court of Appeals in New Orleans ruled that the judge should look at the case again in light of three recent Supreme Court opinions blocking some restrictions on indoor worship in New York and California. The panel stressed that it wasn’t ruling on the merits of the case.

After reviewing the case again, Jackson again dismissed the lawsuit.

“Plaintiffs’ demand for damages fails because there is not now, and never has been, a ‘clearly established’ right to unrestricted religious assembly, and at all relevant times Defendants reasonably believed that they were acting within the constitutional limits set by the Supreme Court and the Fifth Circuit,” Jackson wrote.

Spell also is fighting state charges for the violations of pandemic-related gathering limits.

Denial of responsibility! Yours Headline is an automatic aggregator of the all world’s media. In each content, the hyperlink to the primary source is specified. All trademarks belong to their rightful owners, all materials to their authors. If you are the owner of the content and do not want us to publish your materials, please contact us by email – [email protected]. The content will be deleted within 24 hours.
CoronavirusCOVID-19 pandemicDisease outbreaksDiseases and conditionsHealthInfectious diseasesLung diseaseNational courts
0
Share

Passenger Storms Plane’s Cockpit, Tries To Jump Out A Window

These Mothers Were Exhausted, So They Met on a Field to Scream

A shrinking band of Southern nurses, neck-deep in another COVID wave

Blood pressure chart by age: 12 key signs your rate is too high or low