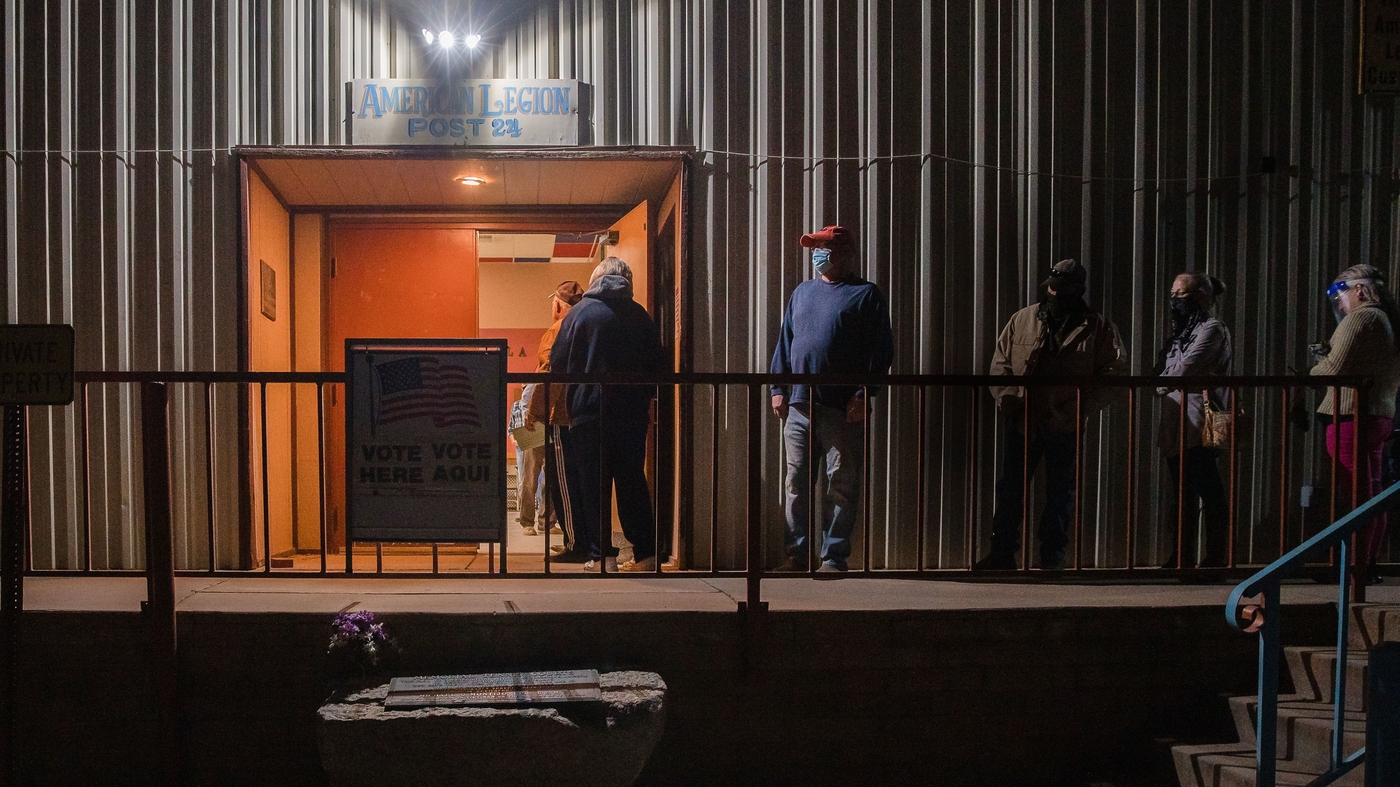 People wait in line to vote early on Election Day 2020 in Tombstone, Ariz., in Cochise County. The county’s Republican-led leadership has voted to delay certifying its 2022 election results, despite a state deadline on Monday.

People wait in line to vote early on Election Day 2020 in Tombstone, Ariz., in Cochise County. The county’s Republican-led leadership has voted to delay certifying its 2022 election results, despite a state deadline on Monday.

Officials in a rural, Republican-controlled county in Arizona have voted to delay certifying the results of this month’s midterm elections and miss the state’s legal deadline of Monday, despite finding no legitimate problems with the local counts.

The move by the board of supervisors for Cochise County in southeastern Arizona, near Tucson, puts more than 47,000 Arizonans’ votes at risk and is expected to set off court action. The state’s secretary of state’s office plans to file a lawsuit on Monday, spokesperson Sophia Solis said by email.

“There is no reason for us to delay,” said the board’s chair, Ann English, a Democrat, whose vote was outnumbered by the county’s two Republican supervisors, Tom Crosby and Peggy Judd.

Before Monday’s vote, Arizona’s state election director, Kori Lorick, said in a statement that the state’s secretary of state “will use all available legal remedies to compel compliance with Arizona law and protect Cochise County voters’ right to have their votes counted” if the board failed to complete its “non-discretionary duty.”

Many election watchers have been raising concerns that Republican officials may disrupt the process for making the election results official after GOP leaders in Cochise County voted on Nov. 18 to wait to decide whether to certify the results until the legal deadline on Monday.

They cited claims about the certification of election equipment, which Lorick confirmed had been tested and properly certified. Still, Crosby and Judd have called for a meeting on Friday to discuss the claims.

In the opposite corner of Arizona, another Republican-controlled county — Mohave County — signaled it was close to following Cochise County’s lead in not certifying election results. Last week, GOP officials there said they wanted to hold off on making a decision until Monday’s deadline in order to make a political statement. After recessing their meeting Monday, Mohave County’s board of supervisors ultimately voted to certify the results.

The controversy over local vote certifications comes as Republicans continue to criticize the election administration in Arizona’s Maricopa County, the state’s largest county and home to Phoenix. Maricopa’s Republican leadership has defended its handling of the election and said no voters were disenfranchised as a result of technical issues. Still, GOP candidates for governor and state attorney general have questioned the results and sought more information after electronic vote-counting tabulators malfunctioned early on Election Day in some of the county’s voting locations.

Ben Giles, a reporter with NPR member station KJZZ in Phoenix, contributed to this report.