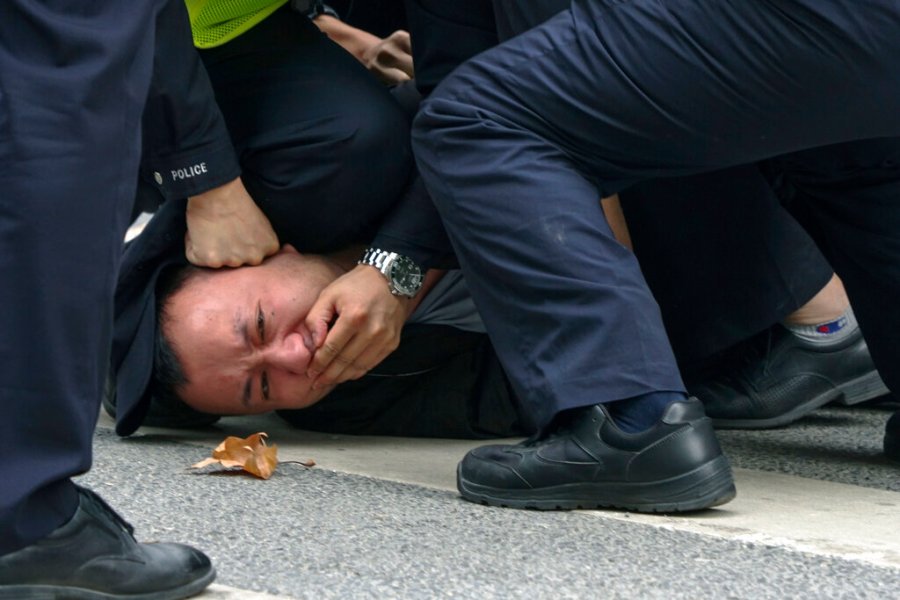 Searching for major Chinese cities on Twitter is serving up a timeline full of pornography, ads for escort services and gambling. There’s been a significant uptick in this type of spam over the past three days, a China-focused data analyst found, coinciding with a wave of protests across the country.

The protests are aimed at China’s “zero COVID” policy, which has resulted in strict lockdowns over the course of the pandemic. While the rest of the world has opened up, China has continued to impose lockdowns when COVID-19 cases emerge.

The protests were set off after a fire in an apartment building in Urumqi, where residents have been in lockdown for months. At least 10 people were killed, and the public began questioning whether locked doors and other pandemic measures prevented firefighters from rescuing residents or people from escaping.

Crowds gathered in major cities to protest lockdowns, some even calling for President Xi Jinping to resign and demanding an end to the communist party.

The cries for the resignation of Xi and the end of the Communist Party that has ruled China for 73 years could be deemed sedition, which is punishable by prison.

Twitter is blocked in China, though people use VPN services to get around the ban and post to the platform. The country has a history of using bots to push propaganda and influence social media feeds.

The recent flood of spam has come from accounts suspected to be linked to the Chinese government, many of which were previously dormant.

The spam predominantly appears when searching for cities using Chinese characters rather than English spellings, seemingly in an effort to prevent Chinese users from getting accurate information on the protests.

A former Twitter employee told The Washington Post it isn’t the first time this type of strategy has been used. Previous incidents were managed manually by Twitter employees, along with automations designed to remove spam.

However, all of Twitter’s China influence operation and analysts have resigned in the wake of Elon Musk’s takeover of the platform.

Twitter has not officially commented on the issue, but on Monday morning Musk tweeted a meme of Pepe the Frog saying he “didn’t care about this particular psyop.”

Son Heung-min in tears over ‘lack of justice’ against Ghana, Sergio Costa claims