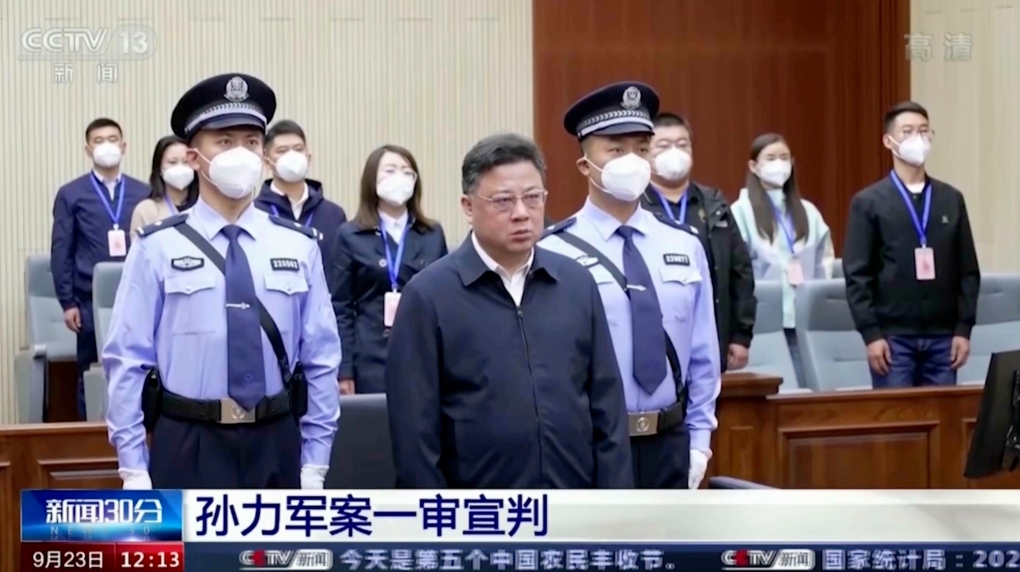 
A former deputy police minister who was accused of leading a crime gang of government officials was given a death sentence with a two-year reprieve Friday on charges of manipulating the stock market, taking bribes and other offences, in a case that involved at least two former Cabinet officials, Chinese state TV reported.


Sun Lijun’s conviction adds to a string of senior officials who have been punished in an anti-graft campaign launched after President Xi Jinping took power in late 2012 that some see as politically motivated.


The latest penalty comes ahead of a meeting of the ruling Communist Party next month at which Xi is expected to try to break with tradition and award himself a third five-year term as leader.


A former justice minister and a former ruling party official who were accused of colluding with Sun received similar penalties Thursday.


Sun was convicted by the court in the northeastern city of Changchun of collecting 646 million yuan ($91 million) in bribes, China Central TV reported on its website.


Sun was charged with using his official position in 2018 to manipulate stock trading to help a trader avoid losses. He also was accused of selling official jobs and abandoning his post during the COVID-19 outbreak.


Sun was sentenced to death with a two-year reprieve. Such penalties can be commuted to a prison term if the convict is deemed to have reformed. CCTV said if Sun’s death sentence is commuted, he would be sentenced to life without parole.


Earlier, Sun was named in a lawsuit by the U.S. Justice Department against Las Vegas casino mogul Steve Wynn to compel Wynn to register as a foreign agent because of lobbying work it says he performed for the Chinese government.


The lawsuit says senior officials including Sun wanted Wynn’s help in trying to have a Chinese citizen’s visa application denied, according to the complaint. Beijing wanted the man, who was charged with corruption and asked for political asylum, returned to China.