California bill would make it easier to sue gun-makers 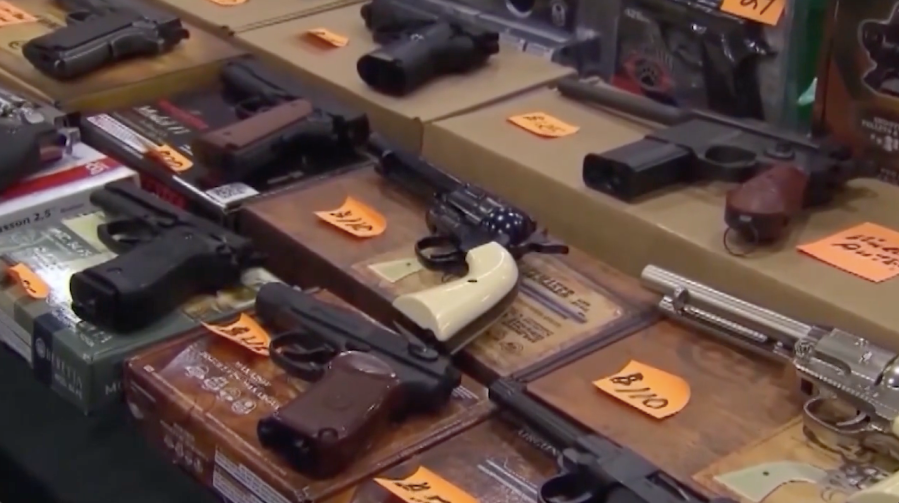 SACRAMENTO, Calif. (NewsNation Now) — Some Democratic California lawmakers want to make it easier for people to sue gun companies for liability in shootings that cause injuries or deaths, a move advocates said Tuesday is aimed at getting around a U.S. law that prevents such lawsuits and allows the industry to act recklessly.

But critics call the bill, which is modeled after a New York law passed last year, an illegal overreach. They say its true purpose was to force gun manufacturers out of business.

Assembly Bill 1594 would allow victims of shootings, including citizens, cities and counties, to sue gun makers and sellers on claims the industry acted recklessly and dangerously.

US hospitals seeing different kind of COVID surge this time

“If we can sue car dealers, if we can sue lawyers for malpractice, if we can sue a barrage of individuals, why shouldn’t people of the state of California have the same ability to sue a gun manufacturer?” Assemblyman Mike Gipson, D-Carson, asked.

The announcement comes after California Gov. Gavin Newsom pushed for a similar idea after the U.S. Supreme Court refused to block a Texas law that takes a similar legal approach to abortion.

Lawmakers also said Tuesday that they have been working on a specific bill for six months, adding that it’s different than and separate from the governor’s push.

“This gets at the spirit of what the governor was asking, which is that ordinary Californians have the ability to hold the gun industry accountable,” Assemblyman Phil Ting, D-San Francisco, said.

Policymakers said cases get tossed out right now in the early stages of a lawsuit, depending on how judges interpret legal protections for the gun industry.

“This policy would not create liability or mean every case against the gun industry is successful. It simply means people will be ensured that they will have an opportunity to pursue valid claims against irresponsible, reckless, dangerously-acting gun dealers,” said Tanya Shardt, senior counsel for the Brady Campaign.

“It’s not common sense, it’s common stupidity, truthfully, and I don’t mean any disrespect to my colleagues. It totally maligns the sense of personal responsibility, which is the big problem that we’re having with this violence,” Lackey, R-Palmdale, said. “I don’t like the term gun violence because it directs attention towards the weapons itself, the instrumentality instead of the behavior.”

With little written in the actual bill text as of Tuesday, a spokesperson for the National Rifle Association said it’s impossible to comment on what is obviously a placeholder bill.

The bill now waits to be referred to a committee, with hearings likely to start in the spring.

The Associated Press and NewsNation affiliate KTXL contributed to this report.

Flurona: How to tell if you have the COVID-flu combo