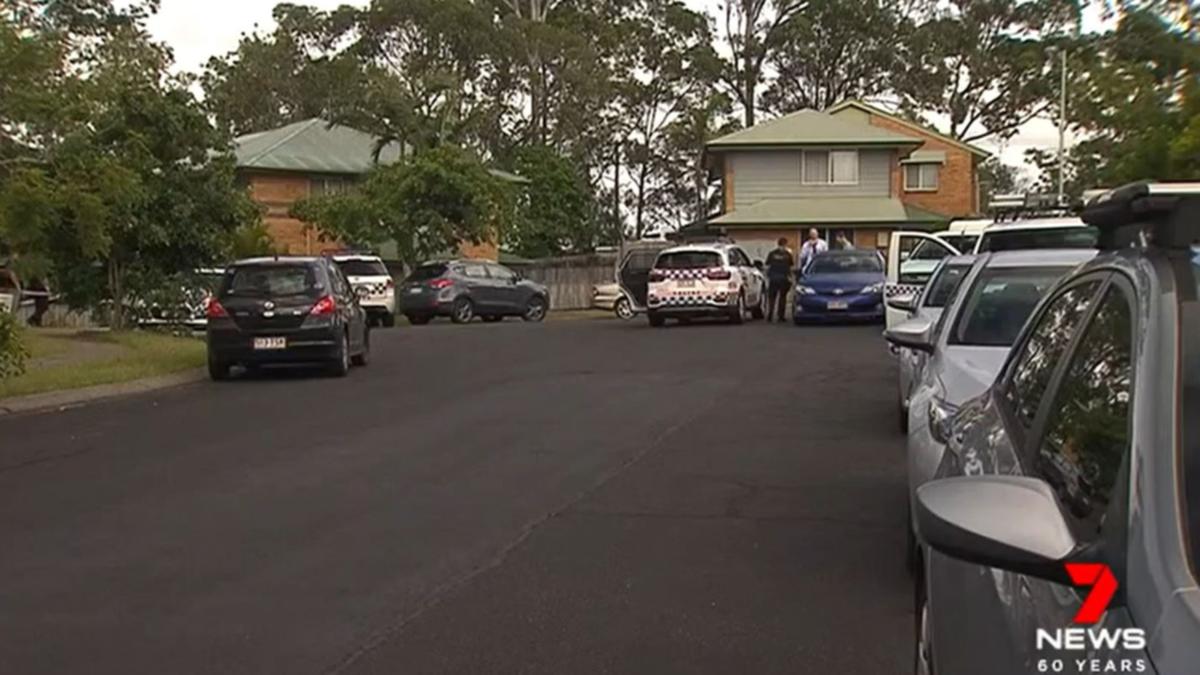 Three years after CCTV footage was discovered of Joel Frew being fatally stabbed, Tyler Joseph Kelleher has been found guilty of his murder.

Frew, 42, was knifed in March 2019 outside a Brisbane apartment after a drug dealer was “ripped off” by three men.

CCTV footage was shown in the Queensland Supreme Court of the moment Frew was stabbed in the abdomen by a 20cm-long blade, before being dropped off at a hospital and dying about 90 minutes later.

Watch the latest news and stream for free on 7plus >>

In the footage, Frew is seen arriving at the drug dealer’s apartment in Brisbane south and being met at the front door by three people including Kelleher.

Frew is seen briefly speaking to the group outside the Wishart unit before Kelleher takes two steps and suddenly lashes out with a knife at the visitor.

Frew was driven to hospital by one of the unit’s residents with a tea towel on his stomach to soak up the blood.

He died about an hour and a half after the woman dropped him off at hospital.

A police investigation quickly led them to the unit after the manner in which the woman left Frew drew their attention, the court heard.

The drug dealer eventually told police where to find a hard drive that had the CCTV footage after it had been hidden in a nearby garden.

He had recently set up CCTV cameras at his apartment after someone had tried to break in.

Police also found a knife in a creek behind the unit.

Analysis found a DNA sample on the knife was 100 billion times more likely to have occurred if it had originated from Frew than someone else, the court heard.

The drug dealer had been robbed by three men earlier that day and was trying to find out who was responsible, the jury was told.

The drug dealer and three others including Kelleher eventually went to Frew’s house to “get to the bottom” of what happened.

The court heard Frew was knocked to the ground and had his phone taken during their visit.

Punches were also thrown but no one was injured.

Frew later went to the Wishart unit seeking the return of his phone and was stabbed by Kelleher.

“The central issue in this trial is likely to be what Tyler Kelleher’s intention was at the time he struck that blow,” the crown prosecutor told the jury.

Kelleher, 33, was on Friday found guilty of murder and received a life sentence from Justice Sean Cooper, with 1355 days in custody declared time served.

Denial of responsibility! Yours Headline is an automatic aggregator of the all world’s media. In each content, the hyperlink to the primary source is specified. All trademarks belong to their rightful owners, all materials to their authors. If you are the owner of the content and do not want us to publish your materials, please contact us by email – [email protected]. The content will be deleted within 24 hours.
Courts & JusticeCrimeLaw and orderNewspolitics.Queensland News
0
Share