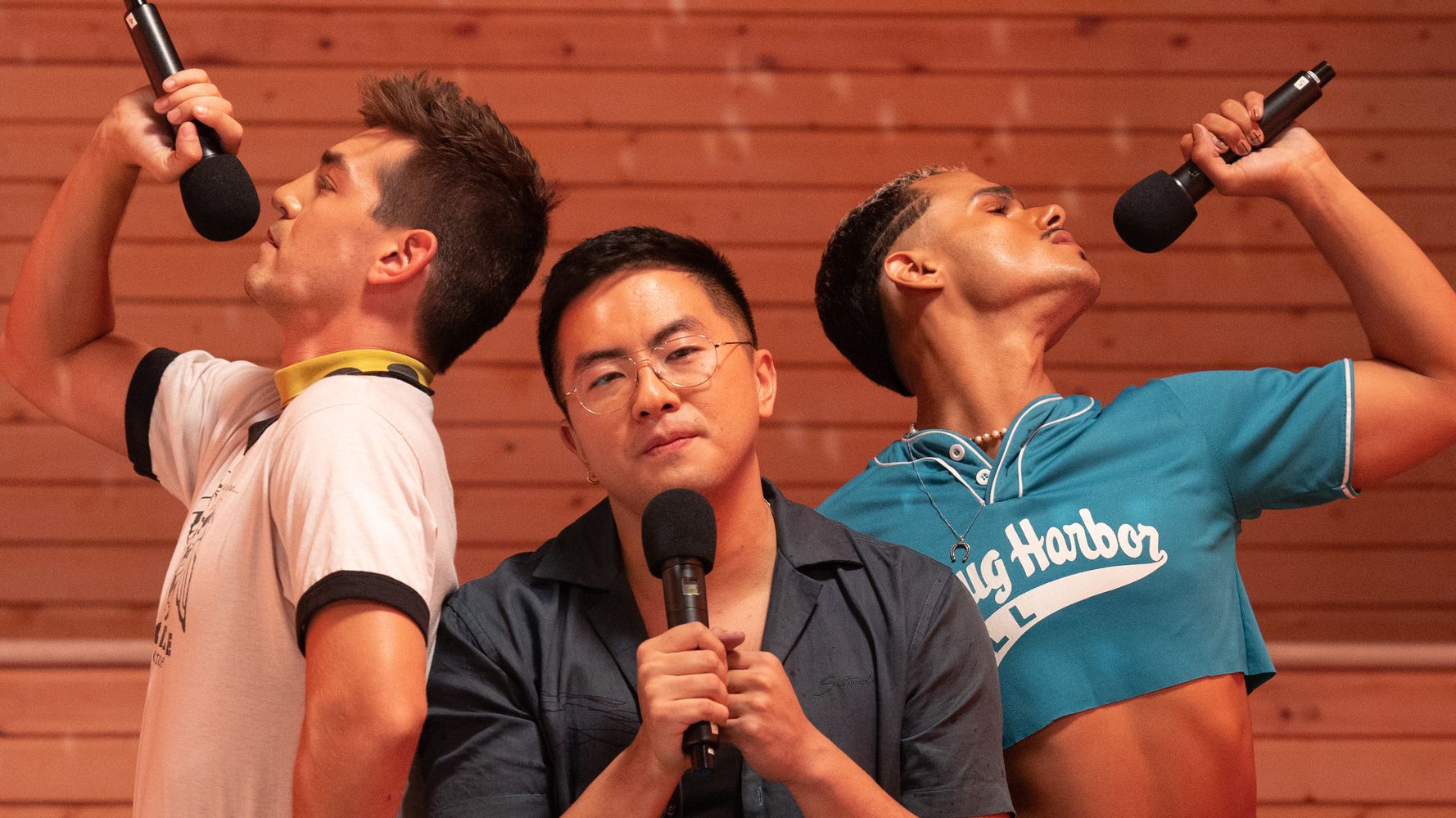 One of Jane Austen’s most beloved classics is about to get a splashy, queer-inclusive update.

Hulu on Monday unveiled the first trailer for “Fire Island,” due out June 3 and directed by Andrew Ahn. The hotly anticipated romantic comedy is billed as a modern interpretation of Austen’s “Pride and Prejudice” that’s set in the sand and surf of New York’s premier gay resort destination.

Joel Kim Booster and Bowen Yang star as Noah and Howie, two gay friends who embark on a group vacation to the Pines, a section of Fire Island, New York, known as a mecca for the LGBTQ community.

Flirtation and drama ensue after the pair and their pals catch the eye of two significantly wealthier men, Will (Conrad Ricamora) and Charlie (James Scully).

Catch the “Fire Island” trailer above.

Speaking to HuffPost, Ricamora called the experience of working on the movie “a dream,” noting the parallels between the social dynamics present in Austen’s classic and the contingent of the queer community that can afford to vacation by the beach each summer.

“[Booster] has been coming to Fire Island for years, and one day, he was sitting on the beach watching all of these cliques of people socialize and interact,” said Ricamora, best known for playing Oliver Hampton on ABC’s “How to Get Away With Murder.” “He realized those dynamics felt a lot like ‘Pride and Prejudice.’”

Booster, who wrote the film’s script, echoed those sentiments in an interview with Entertainment Weekly published Monday.

“Fire Island is oppressively white and inherently classist,” he explained. “What really came into focus for me was it being about chosen family and, specifically, my friendship with Bowen and the connection that we have as queer Asian men in a space that maybe isn’t made for us and overcoming that. That was really powerful for me.”

Denial of responsibility! Yours Headline is an automatic aggregator of the all world’s media. In each content, the hyperlink to the primary source is specified. All trademarks belong to their rightful owners, all materials to their authors. If you are the owner of the content and do not want us to publish your materials, please contact us by email – [email protected]. The content will be deleted within 24 hours.
HuluLGBTQ
0
Share

The Best Raffia Shoes to Shop for Summer

A Look At The Athlete’s Dating History – Hollywood Life