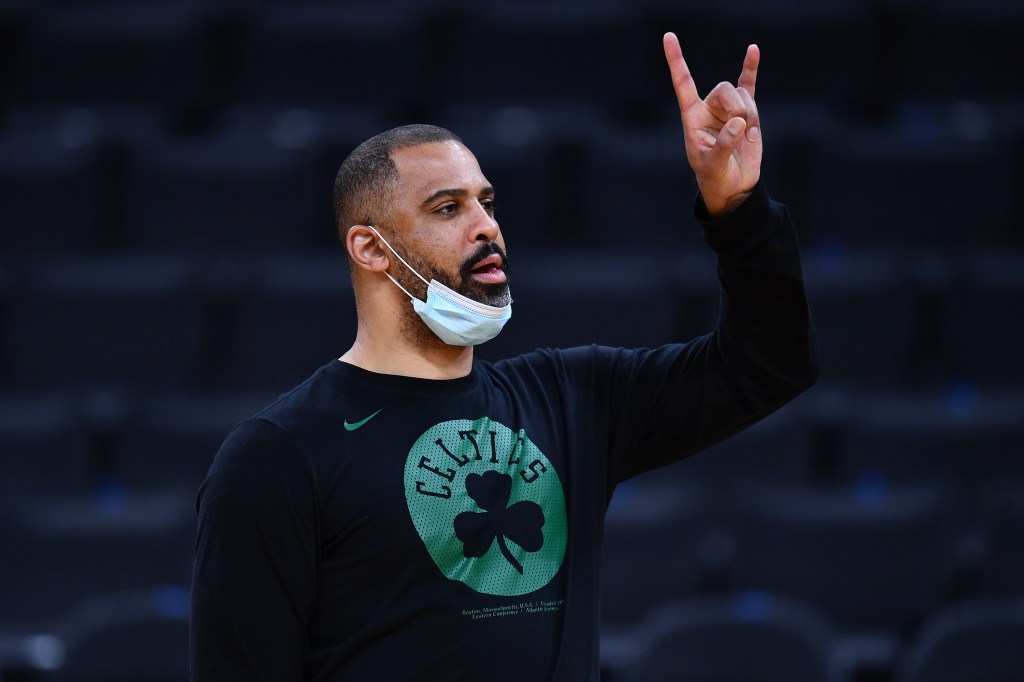 The Boston Celtics have suspended head coach Ime Udoka for the entire 2022-23 NBA season for a violation of team policies, the team announced in a statement late Thursday night. In the statement, the Celtics said they will make a decision regarding Udoka’s future with the team at a later date.

Joe Mazzulla will serve as interim head coach for the season.

ESPN first broke the news late Wednesday night that Udoka could be facing possible disciplinary action — “including a significant suspension” — for violating an unspecified team organizational guideline. Shortly after, The Athletic reported Udoka had “an improper and intimate consensual relationship with a female member of the team staff,” which violates the Celtics’ code of conduct.

“We have a lot of talented women in our organization and I thought yesterday was really hard on them,”  Celtics president of basketball operations Brad Stevens said on Friday. “Nobody can control Twitter speculation and rampant bullshit, but I do think we have a responsibility to make sure we are there to support them.”

Udoka issued a statement to ESPN’s Malika Andrews on Thursday. “I want to apologize to our players, fans, the entire Celtics organization and my family for letting them down,” he wrote. “I am sorry for putting the team in this difficult situation, and I accept the team’s decision. Out of respect for everyone involved, I will have no further comment.”

Udoka’s replacement also has a checkered history. Mazzulla was arrested on charges of domestic battery in 2009 while he was a member of West Virginia’s men’s basketball team. The team suspended him indefinitely after he allegedly grabbed a woman by the neck at a bar.

Stevens said they vetted Mazzulla thoroughly when they first hired him as an assistant. “I believe strongly that probably shaped him into who he is today in a really good way,” he said. “But he’ll be the 1st to tell you that he’s 110 percent accountable for that & I’ll be the first to tell you I believe it.”

Udoka took the Celtics job after spending one season as Steve Nash’s top assistant coach in Brooklyn. He quickly rose amongst the ranks as one of the NBA’s top tacticians and helped turn Boston into the NBA’s No. 1 defense in the second half of last season.

His Celtics swept the Nets out of the first round in the Eastern Conference playoffs and took a 2-1 series lead over the Golden State Warriors in the NBA Finals before ultimately losing the series in six games. Udoka replaced former Celtics head coach Brad Stevens, who moved into a front office role after serving as head coach in Boston for eight seasons.

He became the first rookie head coach to win multiple Game 7s in a playoff run — defeating both Milwaukee and Miami in win-or-go-home situations — and captained a 28-7 run in the second half of the season after the Celtics started .500.

Theresa’s family thought she was a forgetful mum. Instead she was suffering from a ‘hidden disability’