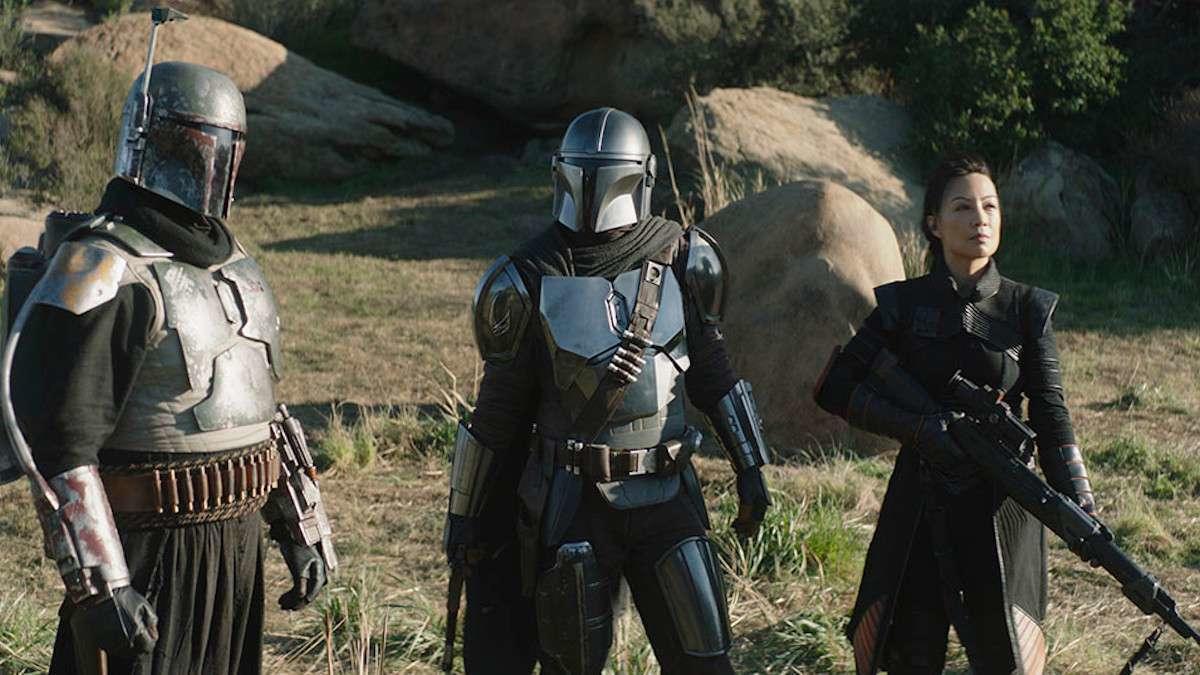 Through its first four episodes, The Book of Boba Fett has been telling the story of Star Wars’ most iconic bounty hunter in two different parts. The “main” storyline follows Boba Fett and Fennec Shand after the events of The Mandalorian Season 2, as they try to take control of Tatooine’s criminal underworld. The other story, however, has taken place solely in flashbacks, filling in the gaps between Boba’s fall into the sarlacc pit and his confrontation with Din Djarin. That past timeline is finally catching up to Boba’s present, as the fourth episode showed how he met Fennec Shand, an event that took place during The Mandalorian‘s first season.

In the fifth episode of The Mandalorian, “The Gunslinger,” Ming-Na Wen’s Fennec Shand was left for dead after being shot in the stomach. A scene at the end of the episode, however, showed a pair of boots approaching her body, hinting that she may be rescued after all. This week’s edition of The Book of Boba Fett confirmed that the boots did indeed belong to Temuera Morrison’s bounty hunter, but there was a significant change from the depiction of the scene in The Mandalorian.

Star Wars fans everywhere believed that it was Boba Fett saving Fennec Shand because the jingling of spurs could be heard with every step the mystery figure took. Since Boba wore spurs on his boots, it made total sense. The same scene is featured in the new episode of The Book of Boba Fett. While there is more context this time around, the sound of the spurs seems to be missing entirely.

This time around, we know that Boba is the one walking toward Fennec because we’re watching him approach her body before the camera cuts to his boots. But the jingle of the spurs is absent.

There’s no reason to look too deeply into this; it’s not like this is trying to allude to some mystery about who REALLY found Fennec Shand. It was Boba, then and now. The omission of the sound was either a creative choice, since there was no longer a need for bread crumbs, or it was simply a mistake.

While it feels strange to see the scene play out without the sounds it contained the first time, the lack of spurs doesn’t change anything about it. Boba Fett rescued Fennec and the two formed a partnership, eventually working together to take over Jabba’s throne.

Denial of responsibility! Yours Headline is an automatic aggregator of the all world’s media. In each content, the hyperlink to the primary source is specified. All trademarks belong to their rightful owners, all materials to their authors. If you are the owner of the content and do not want us to publish your materials, please contact us by email – [email protected]. The content will be deleted within 24 hours.
Disney+Ming-Na WenStar Wars: The MandalorianTemuera MorrisonThe Book of Boba Fett
0
Share