BMW Z1 pair among huge Bimmer collection up for auction 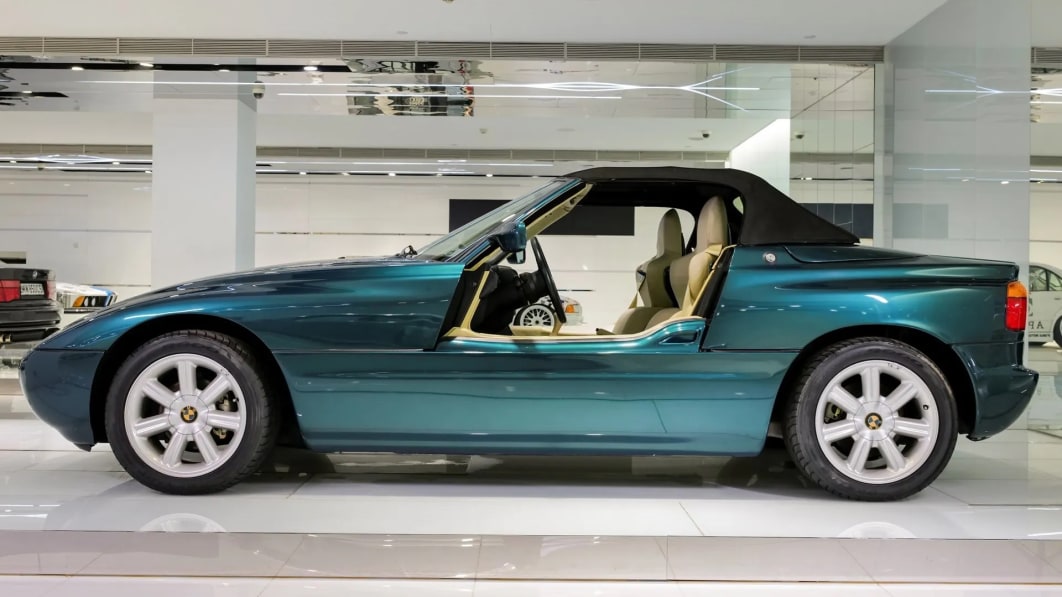 An upcoming auction in Munich is unloading a large collection of BMW vehicles. Included in the lots are several seldom seen pre-war cars, a rare 2002 Cabriolet that is just one of 200, and even a few race cars. The funkiest and most un-BMW cars among them, however, are certainly a pair of Z1 roadsters. You know, the ones with the disappearing doors and interchangeable plastic body panels.

The Z1 was the product of the then newly-formed BMW Technik division, established in the 1980s to research cutting-edge technologies. As such, it was more like a concept than a production car. Each one was hand built and only six per day rolled out of the Munich workshop. The steel monocoque was hot-dip galvanized as one structure, which BMW says increased torsional rigidity by 25% over a chassis built from separate galvanized steel pieces.

The body panels were made of a thermoplastic developed by G.E. and could be removed by the owner. BMW intended for you to change the color of the car every once in a while (and, surely, to make more money when you bought a second set of body panels).

Its real party trick were the doors, which were half-sized and slid downward into the bodywork for ingress and egress. Additionally, the car has a smooth underbelly for improved aerodynamics, and boasted the first use of BMW’s multi-link double-wishbone rear suspension, which would go on to make the E36 a beloved sports sedan.

Perhaps what’s most surprising about the collection is that there were not one, but two extremely low mileage Z1s that are now being divested. A red over gray example has only 350 km (217 miles) on the clock, and a dark green over tan example has just 61 km (40 miles). Both are 1989 models that were part of a large private BMW collection that’s now being sold off.

Other cars from the collection include a 1928 Dixi 3/15 DA-1, a German Austin 7 built under license, a gorgeous 1936 319/1 roadster, a 3.0 CSL “Batmobile”, a BMW 850 CSi prototype, a BMW M1, and many more. To see the whole list, check out what RM Sotheby’s has dubbed the Bavarian Legends collection. The auction begins Saturday, November 26, in Munich.

See Your Fave Celebs Give Thanks – Hollywood Life

The 2022 Volkswagen ID. Buzz Is the Safest VW Bus Ever