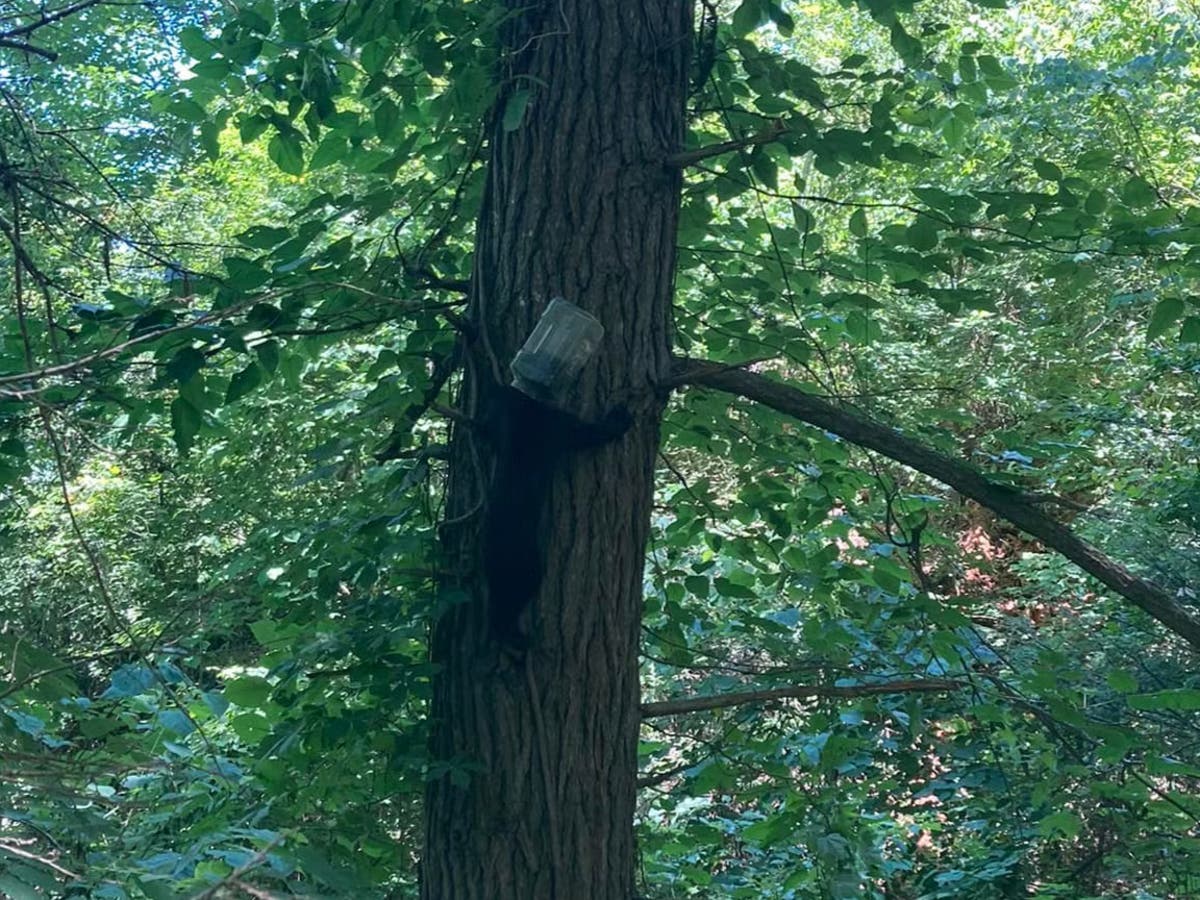 The Tennessee Wildlife Resources Agency (TWRA) had an unusual job on its hands earlier this week when it was called upon to rescue a bear cub that had got its head stuck in a plastic snack container.

The container, which had a screw on top, had gone over the bear’s head and was secured around its neck — preventing it from eating or drinking. The mishap was dangerous for the bear, which TWRA estimated had been trapped for at least a week by the time it was freed.

According to a TWRA statement, the creature was first spotted on June 13 in Sevier County in the northeast part of the state outside of Knoxville. Over the next several days, TWRA and the organisation Appalachian Bear Rescue attempted to locate it. They finally did so thanks to someone who alerted the agency that the bear was climbing up a tree.

“A local business brought a ladder and she [Black Bear Support Biologist Janelle Musser] was able to climb up and put a catch pole around the container,” the TWRA statement reads. “Once there was tension on the container, the bear was able to pull its head out.”

The cub had reportedly at one point been seen with a larger bear believed to be its mother, but she at some point disappeared. Because the bear is a cub and was unaccompanied, Appalachian Bear Rescue were able to catch it and are now helping it recover from the trauma of the last week at its facility in Townsend, Tennessee.

Per the National Park Service, people should never approach bears or do anything to disturbs their peace. In this case, not disposing of the plastic container proved to be a significant problem.

“Janelle says to be Bear Wise and always secure your garbage and recycle or crush these types of containers,” the TWRA statement said.

Only filmed interview with Georges Lemaître, ‘father of the Big Bang,’…