Aussie traffic controller, 19, dishes all on pay packet: ‘I love it’ 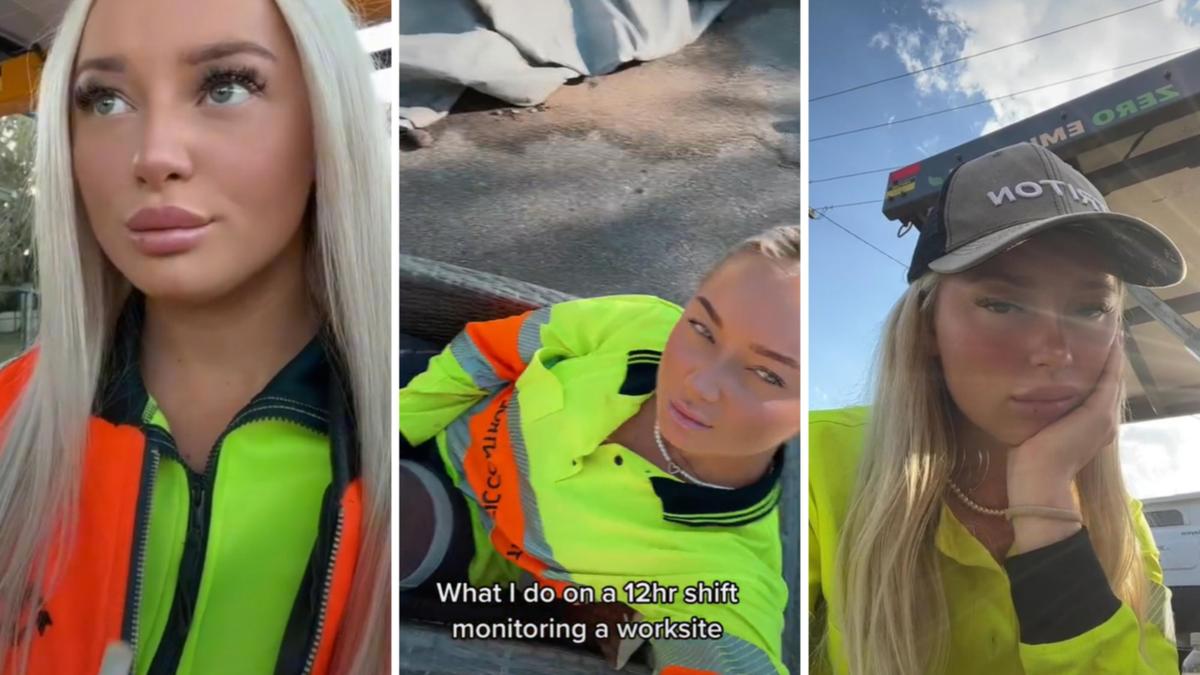 A young traffic controller has offered a glimpse into how much money she makes in a week.

Nyah Covey, from the Sunshine Coast in Queensland, shared a TikTok video detailing a daily breakdown of her earnings before tax.

WATCH THE VIDEO ABOVE: How much a traffic controller makes

For more Lifestyle related news and videos check out Lifestyle >>

The 19-year-old casual employee made a whopping $2,700 in a single week after working 12 hours per shift over six days.

“What I make a week as a traffic controller,” the caption read.

“A lot of people think traffic controller is easy but there are a lot of hard and stressful days – especially if we’re out working on a highway,” Nyah said.

“But we do also have super casual days so a bit of both.”

When asked what she thought about her job, Nyah responded: “I love it”.

Last year, Maria Kefalas, from Melbourne, revealed what it’s really like working as a traffic controller after many bragged on social media about earning up to $3000 a week.

The then-21-year-old shared a TikTok video listing the downsides of controlling traffic at construction sites – including having to stand in the rain during her shifts and not having any work for up to four weeks.

She admitted she applied for the job after she “fell” for all the promising TikTok videos of young women – including high school dropouts – raving about their enviable paychecks.

“I’ve been seeing a lot of TikTok [videos] in regards to traffic control and they’re all positive, they’re all good. They tell you how much money they make and how many hours they work and what not,” Maria said in the video.

“What they don’t tell you is… You can have a whole month with no work and then a whole month straight with work. Traffic control has got to be the most inconsistent job I’ve ever done in my life.”

Maria admitted she signed up to the job assuming she was “going to be so rich” after watching all the TikTok videos.

But it was far from what she expected.

She said she was also told to get a rail ticket if she wanted more work hours.

By speaking out, Maria warned “please do not fall for these traffic control TikToks.

“Honestly if you want to do it and you’re fine with inconsistency, do it. But if you want something consistent and you think you are going to be working Monday to Friday and making over $2000 a week – no,” she said.

“So please if you’re thinking about doing traffic control, try your absolute best and do your research.”

Aussie traffic controller, 24, gets candid about the job’s highs and lows: ‘Heaps of life lessons’

Melbourne lollipop lady, 21, reveals what it’s REALLY like ‘earning $3000 a week’ as a traffic controller

Denial of responsibility! Yours Headline is an automatic aggregator of the all world’s media. In each content, the hyperlink to the primary source is specified. All trademarks belong to their rightful owners, all materials to their authors. If you are the owner of the content and do not want us to publish your materials, please contact us by email – [email protected]. The content will be deleted within 24 hours.
Lifestyle
0
Share

Housewife loses way in life and rebuilds as corporate exec

The 10 most expensive homes reported sold in San Jose in the the week of Nov. 28