Ashes of Winter the movie star dolphin released into Gulf 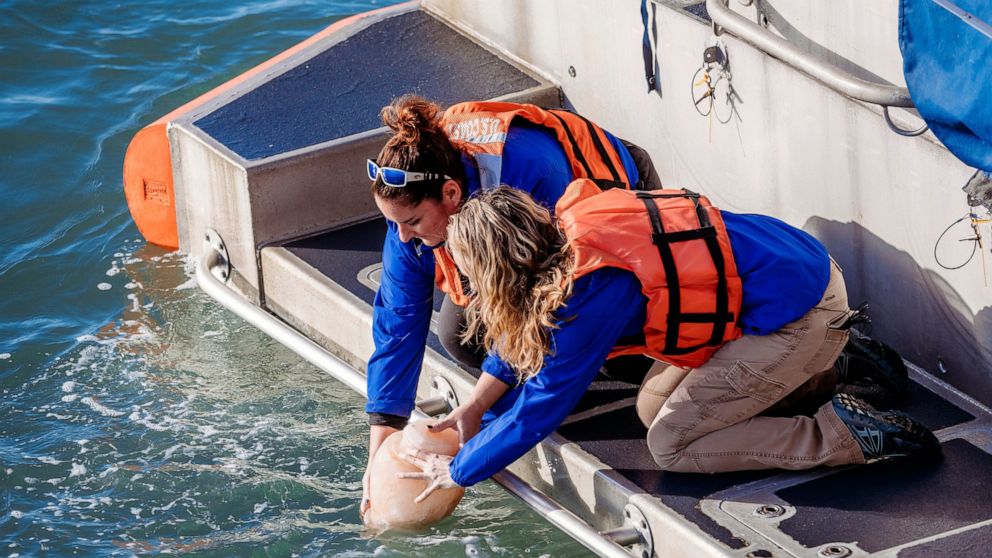 The ashes of Winter the dolphin have been returned to the sea, about two months after the beloved marine mammal of movie star fame died at a Florida aquarium

CLEARWATER, Fla. — The ashes of Winter the dolphin were returned to the sea on Thursday, about two months after the beloved marine mammal of movie fame died at a Florida aquarium.

Clearwater Marine Aquarium staff members released a Himalayan sea salt urn containing Winter’s ashes into the Gulf of Mexico from the back of a U.S. Coast Guard response boat.

“Being able to return Winter to her natural home was the best feeling in the world,” Kelly Martin, the aquarium’s vice president of animal care, said in a statement. “Our goal at Clearwater Marine Aquarium is always to rehabilitate rescued marine life so they can return to the wild.

“In Winter’s case, as is the case with all non-releasable animals, she unfortunately could not complete her return to the wild in life. But today, we were able to give her that final step –- a return home.”

Winter died on Nov. 11 at age 16 of an inoperable intestinal problem. The dolphin was rescued in December 2005 along Florida’s East Coast after her tail got caught in a crab trap rope and had to be amputated.

The uplifting story of Winter’s recovery using an unprecedented prosthetic tail was the subject of the two Dolphin Tale films in 2011 and 2014, making the creature a hero to people with disabilities and chronic illnesses around the world.

A C-130 flyover by the U.S. Coast Guard began the ceremony-at-sea followed by the reading of a poem, aquarium staff said. The ashes were released by Martin and Veterinarian Dr. Shelly Marquardt. Flower petals of roses and orchids were released into the Gulf, and the team blew bubbles, honoring one of Winter’s favorite enrichment activities.

Clearwater Marine Aquarium will continue to honor Winter’s legacy with an onsite memorial, virtual reality experiences, and an endowment to safeguard indefinite support of the aquarium.

Denial of responsibility! Yours Headline is an automatic aggregator of the all world’s media. In each content, the hyperlink to the primary source is specified. All trademarks belong to their rightful owners, all materials to their authors. If you are the owner of the content and do not want us to publish your materials, please contact us by email – [email protected]. The content will be deleted within 24 hours.
Arts and eCelebrityCelebrity deathsDolphinsEnvironmentEnvironment and natureEnvironmental conservation and preservationNatural resource management
0
Share

Kangana Ranaut shares a word of advice for those who had Covid-19; says, ‘You…