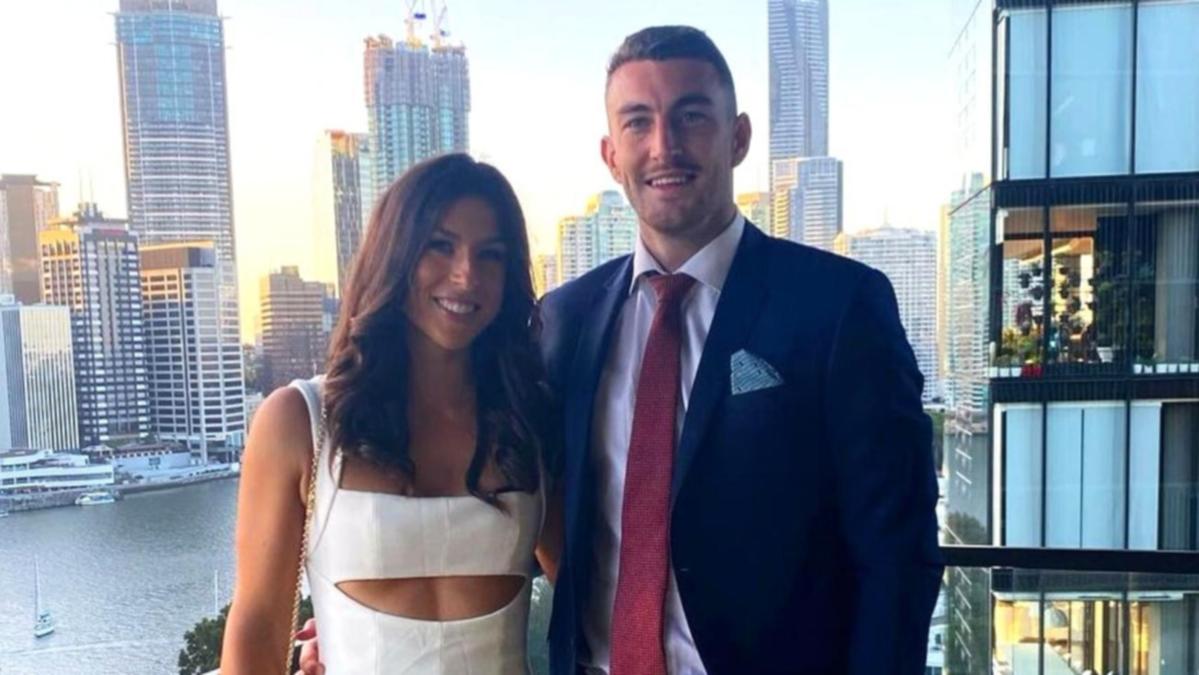 Brisbane forward Daniel McStay has told the Lions he’s on the move, with Collingwood looming as the unrestricted free agent’s next AFL destination.

McStay’s departure to the Magpies – who have reportedly offered a five-year deal worth $3 million – has long been touted but the forward has formally told the Lions of his pending move, citing a desire to closer to family in Melbourne.

“I’ve had an amazing nine years (in Brisbane) with great support from both the playing group and staff,” McStay said in a statement on Friday.

Analysis, local footy and the biggest moments, Seven and 7plus are the home of footy shows for every fan. Stream them all for free on 7plus >>

“They have helped me grow both on and off the field and I’m incredibly grateful for the opportunity the Brisbane Lions have given me to fulfil my dreams of playing AFL football.

“My partner and I have decided to move back home to Melbourne.”

“Dan has been a great teammate in his time with the Lions and remained committed to our cause until the end,” Brisbane’s football manager Danny Daly said.

“He stuck with the club during many lean seasons and played a vital role in helping the Brisbane Lions play finals football the past four seasons.”

McStay leaves Brisbane is set to join the Pies along with GWS forward Bobby Hilly and Adelaide utility Billy Frampton, who have both told their current clubs of a desire to be traded to Collingwood.

His arrival forms part of the Pies’ plan to push All-Australian ruckman Brodie Grundy out of the club – something that makes little sense to Nathan Buckley.

He was the coach in charge at Collingwood when Grundy rose through the ranks and signed his long-term deal.

And he took a dim view of the Pies’ plan to release the star ruck while paying part of his wage and bringing in McStay as a replacement.

“From the outside – and I don’t have any inside knowledge – I don’t understand the McStay stuff,” Buckley said on SEN.

“If Brodie Grundy leaves Collingwood and Collingwood brings in Dan McStay and the net effect on the salary cap is nil, I don’t understand that at all.

“I don’t have any inside knowledge … if that ends up happening, I can’t see how that is a win.”

The Magpies this week delisted Callum Brown and his younger brother Tyler, as well as Isaac Chugg and Liam McMahon, to free up list space for the looming recruits.

Denial of responsibility! Yours Headline is an automatic aggregator of the all world’s media. In each content, the hyperlink to the primary source is specified. All trademarks belong to their rightful owners, all materials to their authors. If you are the owner of the content and do not want us to publish your materials, please contact us by email – [email protected]. The content will be deleted within 24 hours.
AFLAFL TradesBrisbane LionsCollingwood Magpiessport
0
Share

The Saints’ bet on the passing game has failed thus far, but all is not lost