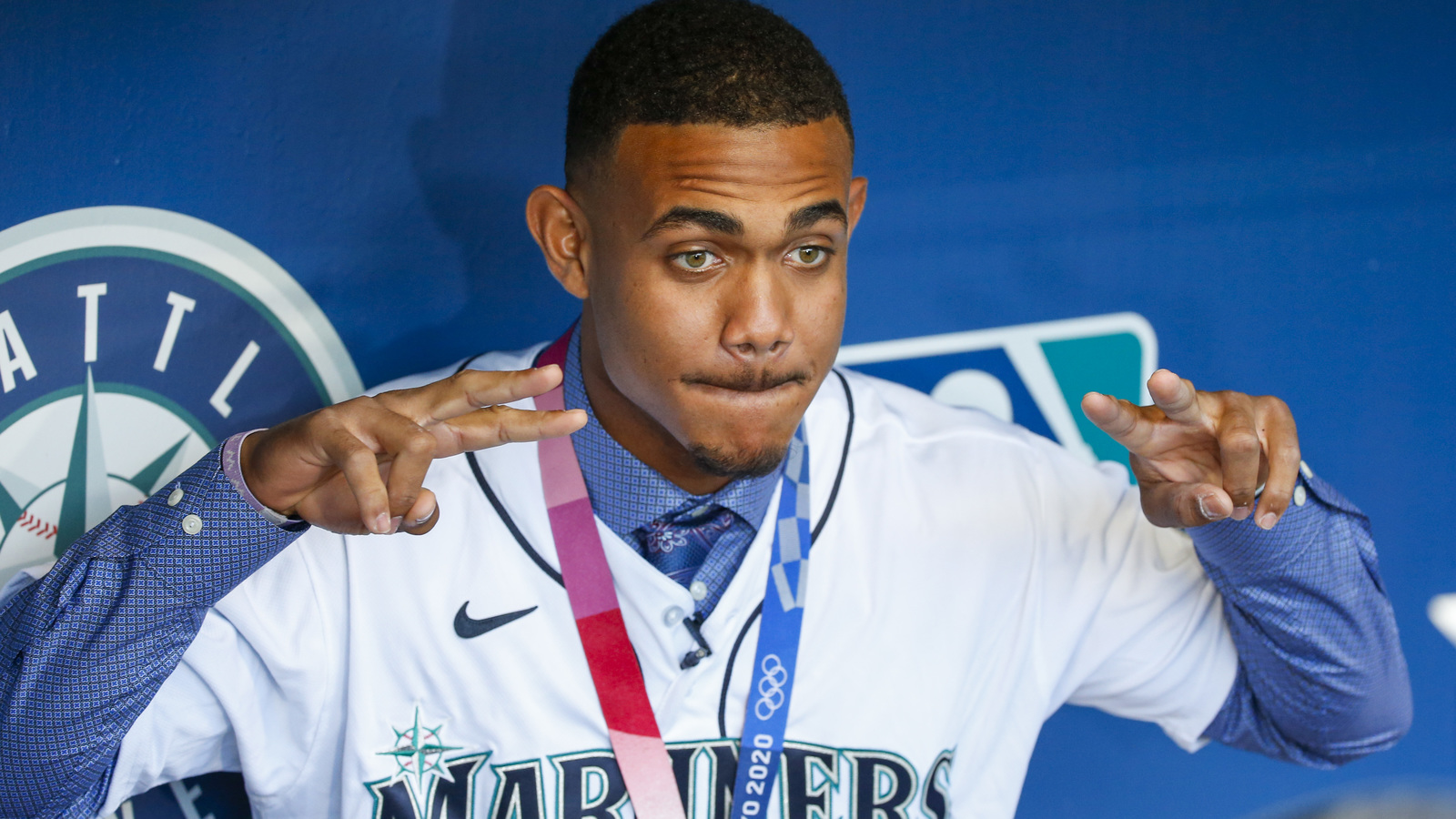 Every MLB season brings breakout seasons from minor leagues who are seeing their first taste of the Bigs. These 25 prospects could make a big impact on their team in the 2022 season.

Abrams’ 2021 season was shortened due to injury, but the former first-round pick opened some eyes in Spring Training. His future is likely at second base if he sticks with the Padres, and he has potential as a leadoff man offensively.

First base is spoken for in Boston with Bobby Dalbec, but Casas is a great fallback option. He produced an .877 OPS between Double- and Triple-A last season followed by an outstanding Arizona Fall League showing, hitting .372 in 21 games.

The Nats are rebuilding after their 2019 World Series victory, and Cavalli is arguably their brightest prospect. The former first-round pick fanned 175 batters in only 123.1 innings between three levels last season. He could be in Washington’s rotation soon.

Cruz draws comparisons to Alex Rodriguez because of his tall frame and tools. He hit .310-17-47 with 19 steals in only 68 games between Double- and Triple-A last season, and is the clear shortstop of the future in Pittsburgh.

Davis isn’t far away from fielding flyballs at Wrigley Field after hitting .260-19-53 with a .375 on-base percentage in 99 games between three levels last year. He could be a big part of Chicago’s rebuild.

Gore was arguably the best pitching prospect in baseball prior to last season, but his control left him. He was able to make some progress at the Arizona Fall League, and could still be a major factor in San Diego’s loaded rotation in 2022.

A natural third baseman, Gorman has shifted to second base since the hot corner is spoken for in St. Louis with Nolan Arenado. Gorman hit 25 home runs between Double- and Triple-A last year and could break camp with the MLB club.

The hard-throwing Greene has overcome arm injuries to re-establish himself as a top prospect. He had a 3.30 ERA and 11.8 K/9 in 21 starts between Double- and Triple-A last year and could be a top option for Cincinnati’s rotation soon.

Greene is arguably the game’s top center field prospect, hitting .301-24-84 with 16 stolen bases in 124 games between Double- and Triple-A last season. The fifth overall pick in the 2019 draft, he’s already on the cusp of patrolling center at Comerica Park.

Texas made a huge splash by signing Marcus Semien and Corey Seager, and Jung’s bat could complete the revamped offense. He’s done everything he can in the minors, hitting .326-19-61 in 78 games between Double- and Triple-A last season.

Injury shortened Lodolo’s 2021 season, but he should still compete for a rotation spot this spring. He had a 2.31 ERA in 13 starts between Double- and Triple-A last season, showing off impeccable command and an above-average groundball rate.

Kirby is a control artist on the mound, walking only two batters per nine innings between High-A and Double-A last year. He also had a 2.53 ERA in 15 starts and could crack the Mariners starting rotation by the All-Star break.

The third overall pick in the 2020 draft out of Minnesota, Meyer has performed as advertised. He had a 2.27 ERA in 22 starts between Double- and Triple-A last season and could help the deep Marlins rotation in 2022.

Miranda had a breakout season in 2021, hitting .344-30-94 in 591 plate appearances between Double- and Triple-A. He’s experienced everywhere on the infield and could help the Twins this season.

Acquired from the Cardinals for Nolan Arenado last year, Montero is shaping up to be a regular as a corner infielder. He launched 28 home runs in 500 plate appearances between Double- and Triple-A, showing enticing power potential at Coors Field.

If the Astros don’t bring back Carlos Correa, Pena is an option to replace him. He played only 37 games last season due to injury but was able to hit 10 home runs. A strong showing at the Dominican Winter League builds momentum heading into Spring Training.

Rodriguez is arguably baseball’s most promising pitching prospect, showing dominance at every level. He had 161 strikeouts in 103 innings between High-A and Double-A last year with a 2.36 ERA. The O’s have no reason to rush him, but Rodriguez could force his way to the majors this year.

Seattle is loaded with young talent in the outfield, but Rodriguez could have the highest ceiling of any player. He raked between High-A and Double-A last year, hitting .347-13-47 with 21 stolen bases in 340 plate appearances. The M’s weren’t far away from making the playoffs last season, and Rodriguez could put them over the top.

The first overall draft choice in 2019 out of Oregon State, Rutschman has looked the part. He hit .285-23-75 with a .899 OPS between Double- and Triple-A last season. After moving on from Pedro Severino, the Orioles could carry Rutschman on their Opening Day roster.

The Phillies have Didi Gregorius at shortstop, but Stott is breathing down his neck. He hit .299-16-49 between three minor league levels last year and was terrific at the Arizona Fall League. Stott is the clear shortstop of the future in Philly.

Thomas is coming off a great season between Double- and Triple-A, hitting .313-18-59 with 13 steals. He totaled 59 extra-base hits and could be Arizona’s starting center fielder at some point in 2022.

Torkelson was selected first overall by Detroit out of Arizona State in 2020 and wasted no time showing off his elite power with 30 home runs in 121 games between three levels last year. The Tigers have already been aggressive in the offseason, signing Eduardo Rodriguez and Javier Baez, and Torkelson should also be able to help soon.

Vientos had a breakout season between Double- and Triple-A,m hitting .281-25-63 in only 349 plate appearances against mostly older competition. With the Mets in win-now mode, Vientos could arrive in Queens by midseason.

Witt Jr. could be baseball’s best all-around prospect. He impressed last spring and tore up minor league pitching between Double- and Triple-A, hitting .290-33-97 with 29 stolen bases. With Adalberto Mondesi possibly shifting to third base, Witt Jr. could be the Opening Day shortstop in KC.

Compost is a major source of pathogenic aspergillus spores